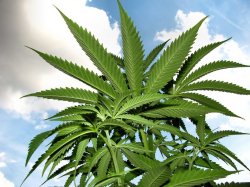 On the heels of New Jersey Senator Cory Booker introducing the “Marijuana Justice Act” to repeal cannabis prohibition, the National Conference of State Legislatures has joined the call for legalization, urging the federal government to remove marijuana from the list of controlled substances. This is the second year in a row that the NCSL has passed such a resolution. It is a sign of the growing support for legalization and the fact that state governments are facing serious complications fully following the will of their voters due to federal law. The people and state legislatures want to end cannabis prohibition, when will Congress act on the needs of their constituents.

Poll after poll shows that the number of marijuana prohibitionists are shrinking greatly in our nation. A majority of voters want to legalize cannabis for all adults, while a supermajority of voters support medical use and want the federal government to allow states to implement their own cannabis laws. Unfortunately, by keeping marijuana as a Schedule I substance, Uncle Sam puts our communities at greater risk by forcing cannabis businesses to keep too much cash on hand by denying banking access while placing too many obstacles in front of researchers hoping to fully unlock the medicinal properties of the cannabis plant.

Despite elected officials lagging behind voters, the cannabis community has made positive strides in recent years at the federal level. The provision prohibiting the use of federal funds to prosecute state-legal medical cannabis providers, now known as the Rohrbacher-Blumenauer Amendment, first passed back in 2014 and a similar proposal for recreational businesses as well, failed to pass by just a handful of votes last year.

While it is very unlikely that Booker’s legalization bill will pass this legislative session (especially if Jeff Session remains Donald Trump’s Attorney General), we have seen support and progress for sensible cannabis laws only increase, at both the state and federal levels. I look forward into discussing the present and future of cannabis laws at the International Cannabis Business Conference in Hawaii this December as advocates from across the nation, and globe, will converge upon beautiful Kauai. The ICBC will have those that have been on the front lines of business and politics, with experienced legislators, lawyers, lobbyists and policymakers to discuss how best to succeed in business, and most importantly, best continue our momentum to end federal cannabis prohibition.

Below is the entire resolution passed by the National Conference of State Legislatures:

WHEREAS, Arkansas, North Dakota, and Florida most recently passed measures  permitting the use of medical marijuana; and

WHEREAS, Alaska, California, Colorado, Maine, Massachusetts, Nevada, Oregon, and Washington are creating substantial regulatory regimes with respect to the cannabis industry to ensure compliance with laws related to the growth, sale and usage of cannabis; and

WHEREAS, these new regulatory schemes relating to cannabis have created a significant expansion of the cannabis industry authorized under state law; and

WHEREAS, cannabis remains illegal at the federal level as a Schedule I drug under the federal Controlled Substances Act; and

WHEREAS, the federal Bank Secrecy Act and its implementing regulations impose substantial administrative and operational burdens, compliance risk and regulatory risk that serve as a barrier to banks and credit unions providing banking services to businesses and individuals involved in the cannabis industry; and

WHEREAS, providing banking services to cannabis related businesses entails additional risk to banks and credit unions arising from the fact that cannabis is a Schedule I drug under the Controlled Substances Act, substantially increasing risk of 27 civil or criminal liability; and

WHEREAS, the majority of financial institutions have determined that there has been insufficient federal guidance for providing banking services to cannabis related businesses; and

WHEREAS, federal guidance for the banking industry in working with cannabis related businesses is inadequate to create a regulatory environment as it does not change applicable federal laws, imposes significant compliance burdens and is subject to change at any time; and

WHEREAS, without banking options, cannabis related businesses are forced to operate exclusively in cash; and

WHEREAS, a cash-only industry reduces transparency in accounting and makes it difficult for the state to implement an effective regulatory regime that ensures compliance; and

WHEREAS, the inability of cannabis related businesses to pay taxes in a form other than cash, which may only be remitted in person, creates a large burden on state to develop new infrastructure to handle the influx of cash, and on the business owners 45 who may have to travel long distances with large sums of cash; and

WHEREAS, states have been forced to take expensive security measures to mitigate public safety risks to taxpayers utilizing the system, state employees and the public at large; and

WHEREAS, states do not have any control over the enforcement of federal laws and cannot enact legislation that provides banks and credit unions with protections necessary to overcome federal law; and

NOW, THEREFORE, BE IT RESOLVED, that the National Conference of State Legislatures believes that the Controlled Substances Act should be amended to remove cannabis from scheduling thus enabling financial institutions the ability to provide banking services to cannabis related businesses; and

BE IT FURTHER RESOLVED, that the National Conference of State Legislatures acknowledges that each of its members will have differing and sometimes conflicting views of cannabis and how to regulate it, but in allowing each state to craft its own regulations we may increase transparency, public safety, and economic development where it is wanted.