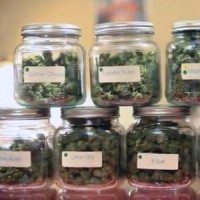 Each and every year, the cannabis community can celebrate success and 2015 was no different. While off-year elections are not going to usher in as many monumental changes as election years, there are still electoral, political and cultural victories to celebrate.

Many political victories have been ushered in or aided by the Marijuana Policy Project, including the very first marijuana law reform campaign I ever worked on, legalizing up to 35 grams of medical marijuana for patients and decriminalizing that amount for everyone, in Columbia, Missouri, all the way back in 2004. Progress made in 2015 has set up more success in 2016 and I look forward discussing past and future success with advocates all across the globe at the upcoming International Cannabis Business Conference next February in San Francisco. Without further ado, here a a few highlights of 2015, according to MPP’s Rob Kampia:

10. Local Decriminalization Measures: In Florida, seven local governments (including Miami-Dade County) opted to allow officers to cite, rather than arrest, adults found in possession of marijuana. And in Michigan, an average of 55% of voters in East Lansing, Portage, and Keego Harbor decriminalized marijuana possession.

2. U.S. Senate: Bernie Sanders (D-VT) grabbed some headlines when he introduced the first-ever bill to legalize marijuana in the U.S. Senate. Just as significantly, Corey Booker (D-NJ) and Rand Paul (R-KY) introduced in the Senate the first-ever, comprehensive medical marijuana bill, which now has 16 co-sponsors. In the meantime, the Senate Appropriations Committee passed an amendment to prohibit DOJ from spending taxpayer money to interfere with state medical marijuana laws, as well as a second amendment to allow physicians in the U.S. Department of Veterans Affairs to recommend medical marijuana to vets.

1. Presidential Candidates: All three of the major Democratic candidates for president said they support allowing states to regulate marijuana as they see fit. This was impressive, but it was even more impressive when nine of the 17 Republican candidates said the same thing, and even six of the remaining eight “bad” Republicans said something good about medical marijuana or decriminalization.

Kampia’s entire top 10 list is certainly worth reading. The one quibble I have with Rob is that he left off some major electoral success in Oregon, granted I may be a bit biased as an Oregonian. The Beaver State followed up the largest statewide vote for cannabis legalization with a legislative session that saw most marijuana felonies ended; the ability for most marijuana offenders to erase old convictions off of their record; and the start of early marijuana sales through existing medical marijuana dispensaries, generating millions of dollars in sales a year before the state expected to get licensed and regulated cannabis commerce off of the ground. While the year wasn’t perfect, and even a cannabis-policy-pioneering state like Oregon has more work to do, a lot was accomplished by the cannabis community across the nation and world and I look forward to an even brighter 2016.