Maine Voters Will Get to Vote on Marijuana Legalization in November 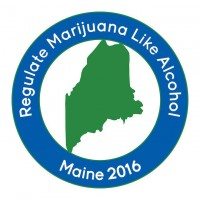 The marijuana legalization effort in Maine has undergone some ups and downs, with the secretary of state at one time wrongly invalidating thousands of initiative petition signatures. Just as we had hoped, Maine courts overturned the secretary of state’s decision and ordered a new count of the signatures. Thankfully, Maine voters will now have the opportunity to end the failed and harmful policy of cannabis prohibition this November.

The press release from the Campaign to Regulate Marijuana Like Alcohol announcing qualification of their legalization initiative:

After a court-ordered review of petitions that it had previously invalidated, the Secretary of State’s Office determined initiative supporters submitted more than enough valid signatures to qualify

* Statement below from Campaign to Regulate Marijuana Like Alcohol Campaign Manager David Boyer *
AUGUSTA, Maine — State officials announced Wednesday that a proposed initiative to end marijuana prohibition in Maine has officially qualified for the November ballot.

After a court-ordered review of petitions it had previously invalidated, the Maine Secretary of State’s Office determined the Campaign to Regulate Marijuana Like Alcohol submitted more than the 61,123 signatures that were needed to qualify.

Last month, the secretary of state informed the campaign that the initiative had been disqualified because only 51,543 valid signatures had been submitted. The campaign filed a lawsuit challenging the decision, and a Kennebec County Superior Court judge ruled in their favor earlier this month after learning state officials invalidated more than 5,000 petitions —which included more than 17,000 signatures from Maine voters that were validated by town clerks — without actually reviewing every petition in question. The petition was then remanded to the Secretary of State’s Office to review all of the disputed petitions and determine whether enough valid signatures were collected.

According to a new poll released this week by the Maine People’s Resource Center, nearly 54% of likely voters would approve the initiative if the election were held today. Only about 42% said they would oppose it. The full results are available at https://www.mprc.me/0416_referendums.

Statement from David Boyer, campaign manager for the Campaign to Regulate Marijuana Like Alcohol:

“This November, Maine voters will have the opportunity to adopt a more sensible marijuana policy. We are thrilled to finally start transitioning into the more substantive phase of this campaign. It has been a longer wait than expected, but nothing compared to how long the people of Maine have been waiting to end the failed policy of marijuana prohibition.

“It is time to replace the underground market with a regulated system of licensed marijuana businesses. It is time to redirect our state’s limited law enforcement resources toward addressing serious crimes instead of enforcing failed prohibition policies. And it is time to stop punishing adults for using a substance that is significantly less harmful than alcohol.”

The Campaign to Regulate Marijuana Like Alcohol is supporting a 2016 statewide ballot initiative to end marijuana prohibition in Maine and replace it with a system in which marijuana is regulated and taxed similarly to alcohol. For more information, visit http://www.RegulateMaine.org.