Like A Virgin: The Next President Has Never Tried Marijuana 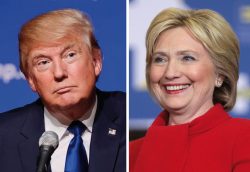 “Are you experienced?” Jimi Hendrix

For the first time in decades, the next US President will have no personal experience with marijuana. Neither Hillary nor The Donald have known the relaxing, yet stimulating, sensation of a cannabis “high.” Or so they say. If so, they are poorer for the lack of it and less fit to set federal marijuana policy.

Personal experience with marijuana is useful, even necessary, in helping dispel decades of DEA dogma.  With prohibitionist propaganda, from Reefer Madness to Just Say No to Zero Tolerance to Gateway Drug, Americans have been systematically lied to by their government. Users of cannabis know from their own experience that marijuana’s bliss is a mild experience compared to other drugs or getting drunk. They know it is safe, far safer especially than alcohol, which actually might be the most dangerous drug. Marijuana users know that there is no lethal dose, as cannabis cannot stop breathing, as far to often do the opiates and most drugs when mixed with too much alcohol.

But both Republican and Democratic candidates have no such personal experience with cannabis.

Donald Trump claims to have never smoked a cigarette, drank any alcohol or “used drugs.” He does not even drink coffee. His liquor abstinence is not religious, but stems from a warning from his alcohol-addicted older brother, now deceased.

Hillary Clinton too claims to have never used cannabis. She told CNN,

I didn’t do it when I was young. I’m not going to start now.

Too bad. If she had personal experience she might not have erroneously called it a “gateway drug.” She might have known that medical marijuana is appropriate for far more than the “extreme medical conditions” she considers allowing. She might not have said that research is “only in the beginning,” and wants to “wait and see” implying little will be done during her presidency. No Hillary, we need to be at the end of the federal war on marijuana, not just the beginning of the end. We need not wait and see another day to end federal idiocy and cruelty on cannabis.

Sadly though, even personal experience with the relatively safe and blissful effects of marijuana seemed to have done nothing to temper the politically expedient of clinging to prohibition by the last three marijuana-experienced presidents.  They seemed to be unable to NOT support the federal war on marijuana, even though they all knew better:

Hopefully the next president will do better. As reported by MarijuanaPolitics.com Russ Belville, the Democratic platform is quite positive for marijuana and drug law reform. Thanks to Bernie Sanders and his supporters, a plank, for the first time in either major party, calls for rescheduling cannabis and a path to legalization.

The Republican platform, not so much. The GOP failed to support even medical marijuana. This, even though more Republicans themselves support than oppose full adult use. Donald Trump, apparently blindsided by his lack of knowledge of the platform, is more supportive of at least medical marijuana. He has made some positive statements from a state’s rights perspective. His probable Attorney General Chris Christie, though, would do his best to persecute cannabis and repress legalizations across the country.

Regarding personal use of cannabis, Libertarian presidential candidate Gary Johnson is decidedly experienced and remains a fan. He is, however, abstaining during the campaign. Gary has climbed to the summit of Mt. Everest, and a half a dozen other major peaks. No amotivational syndrome here; just the opposite! The hugely successful two term governor of New Mexico, would, if elected, free cannabis from its federal shackles.

To gain some of the vital personal knowledge he or she will need to set wise marijuana policy, maybe on inauguration night the next president (and marijuana virgin) should blaze up a bowl of bad-ass Oregon sun grown “for the very first time.”