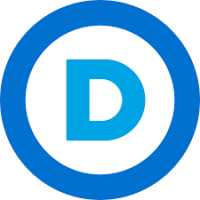 PHILADELPHIA, Pennsylvania – The Democrats have become the first major political party in the United States to endorse “a reasoned pathway for future [marijuana] legalization” in their party platform at their convention in Philadelphia. The platform plank, fought for by supporters of Senator Bernie Sanders, calls for the removal of cannabis from Schedule I of the government’s Controlled Substances Act, where it sits with heroin, LSD, and PCP. However, Democratic nominee Hillary Clinton doesn’t support nationwide marijuana legalization yet, and the platform also includes her belief that legalization should work out first in the states as “laboratories of democracy”. The platform also recognizes the disparate impact of marijuana prohibition on African-Americans and the need to reform banking and tax laws to allow state-legal marijuana businesses to operate.

WASHINGTON, DC – The FDA has approved for sale a new liquid form of the synthetic THC medication called Dronabinol. The new drug, called Syndros, has been designated a Schedule III drug, meaning it has medical use and is not highly addictive, despite being 100% synthetic THC, while natural cannabis registering as high as 25% THC is considered a non-medical addictive Schedule I illegal drug. Doctors in all fifty states will be free to prescribe Syndros, though the demand from patients for the drug may be lacking. With the new Syndros and the Dronabinol and Marinol before it, patients find that the THC all by itself lacks the efficacy of whole-plant cannabis with its varying cannabinoid constituents, something Dr. Sanjay Gupta referred to as “the entourage effect”. These Schedule III legal THC drugs lack the other main cannabinoid, CBD, that’s found in marijuana and tends to regulate the feelings of anxiety and paranoia that synthetic THC alone tends to create.

SAN FRANCISCO, California – According to the latest government data, the City by the Bay has the nation’s highest rate of monthly marijuana smoking. Over 15 percent of San Francisco residents aged 12 or older smoke marijuana monthly, according to the Substance Abuse Mental Health Services Administration. Nationwide, marijuana is used monthly by 7.7 percent of the population. South Texas is the region with the lowest use rate at slightly less than 4 percent of the population. As for perception of marijuana’s risk, people in the 3rd Ward of Washington DC were least likely to see marijuana use as harmful, with only 14 percent seeing “great risk of harm” from pot. Greatest harm was perceived in Miami-Dade County, Florida, with nearly half the residents finding “great risk of harm” from pot.

LOS ANGELES, California – The Los Angeles County Supervisors have pulled a planned ballot measure that sought to institute a 10 percent tax on marijuana businesses. The plan was to raise the tax revenue to aid the homeless, but the supervisor proposing the tax received word from homeless services and drug rehabs that accepting the tax revenue would be perceived as supporting marijuana legalization. Proposition 64 already proposes a statewide 15 percent tax on marijuana in addition to a $9.75 per ounce tax on cultivation.

ANCHORAGE, Alaska – The first legal commercial cannabis grow in the state of Alaska has been approved by the city of Anchorage. A local marijuana license and special-use permit for Dream Green Farms was approved Tuesday, and a second grow license for Arctic Herbery was forwarded for additional review. Tuesday’s meeting was the first time the Anchorage assembly had taken public input on the issue. Assemblywoman Amy Demboski was part of the unanimous approval vote for Dream Green Farms and she praised their application, saying, “this application right here should be the standard by which all others are measured — period.” Under Alaska’s legalization, Dream Green Farms should be ready to distribute by December, but can they can only sell to processors or retailers, not direct to consumers.