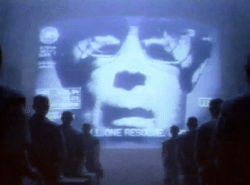 The result was pure prohibitionist propaganda, harken back to the “Just Say No” and “Zero Tolerance” of hysterical 1980s American drug policy. Chuck Grassley is (gag) Chairman of the Senate Judiciary Committee. He is the single person, more than any other, who gets to choose American cannabis policy. Unfortunately he is just about the last person who should actually have that power. His opinions on cannabis reek of ignorance and cannabigotry.

A former prosecutor (like Chris Christie) Senator Sessions’ testimony was straight out of the 1980s. He lamented that the federal government no longer sends the message that “good people don’t smoke marijuana,” and actually pined away for the days of “Just Say No.”

Ludicrously, the “hearing” heard testimony from only prohibitionist, pro-drug war groups observed Molly Reilly, writing in The Huffington Post. Check her post for the motley collection of drug war zealots the committee brought in to tell it what it wanted to hear.

This hearing, essentially an attack upon the Cole Memo, is in place of the hearing Grassley did not have, the one needed to advance the ground breaking CARERS Act. This act, supported by over a dozen cosigners, would finally break out of the Schedule I prison in which cannabis research has languished for decades. Alas, the legislation can not proceed, because it will not be given a hearing by Senator Grassley.

The Cole Memo is the thin restraint holding back massive federal bureaucracies like the DEA from using federal felonies to smash the voter-mandated legalizations in many US states. Cole, now retired from the Justice Department, was the Assistant Attorney General to the former Attorney General to the president who will soon be out of office.

In addition to the CARERS ACT, the real focus of Grassley’s hearing should have been the recently released testimony on the obscenely racist roots of marijuana and drug criminalization during the Richard Nixon administration.

How can it be that in 2016 the American people are again fed 1984 propaganda by our Senate Judiciary Committee?

Why are we so poorly served by ‘our’ Senate on such a key issue of liberty, justice, and health?