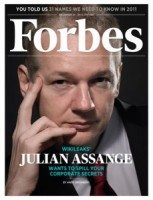 The evidence that marijuana has gone mainstream is everywhere: from politics to entertainment to culture to your personal discussions with friends and family. Poll after poll demonstrates majority support for cannabis legalization and super-majority support for medical access. Once the third-rail of politics, now it seems to be one of the few issues to garner any bipartisan support. Politicians used to make up lies about their pot use (“didn’t inhale), but now it’s almost a hinderance to not have any experience with cannabis. Kentucky Republican Senator Rand Paul, a 2016 presidential nominee frontrunner, not only teamed up with Democratic Senators Kirsten Gillibrand and Cory Booker to co-sponsor a federal medical marijuana act, but he even placed marijuana leaves within an image promoting the landmark CARERS Act (and as Bill Piper of the Drug Policy Alliance pointed out, this has to be the first time a major presidential candidate used cannabis leaves to promote his or her policy.)

Now, with legal marijuana generating millions of dollars across the nation, corporations and Wall Street entrepreneurs are taking notice, so it isn’t a surprise that Forbes has announced a blog that will focus on the legal marijuana industry. This blog follows on the heels of the San Francisco Chronicle’s Smell the Truth, The Denver Post’s The Cannabist, and The Oregonian’s www.oregonlive.com/marijuana. The Oregonian’s staff writer, Noelle Crombie, once covered crime and the courts for the Northwest’s largest newspaper, but now she is publishing almost daily about marijuana and will be a panelist at the upcoming Oregon Medical Marijuana Business Conference (OMMBC) to discuss marijuana and the media.

When a bi-partisan bill comes to the floor of the US senate that would allow financial institutions to provide services to legal marijuana businesses, it’s a good time for Forbes to start covering the Cannabis Industry in earnest.

Twenty-three states already have laws legalizing marijuana in some form and the trend is fueling entrepreneurs’ ideas. The “Green Rush” includes marijuana growers, testers, and store owners. Others are creating pot delivery services, tourist activities, smokeless vaporizers, pot-infused edibles, and niche after niche of other marijuana–related paraphernalia and service. Creating this new industry from scratch, entrepreneurs hope to project a responsible image – more Napa Valley than back alley — so restrictive laws don’t make a comeback.

Over the next weeks and months I will be exploring the world of the “Potrepreneur,” the “Canna-businessperson,” (for some reason the puns and wordplay are endless in this industry.) What services and products are they creating? Who are they hiring? What challenges and opportunities are they facing and how are their businesses different than other businesses? The legal marijuana industry is attracting executives with MBAs, technologists, stay-at-home parents and college students. Stoners are emerging from their basements, because it turns out they now have the expertise everybody is looking for.

Many members of the cannabis community are rightly skeptical of the Wall Street barons and others that are just now paying any attention to marijuana. Personally, I welcome any and all into our big tent so long as it is helpful in ending cannabis prohibition across the country and that we don’t lose our way and fall into the trap that marijuana is all about making money. We need to be vigilant and maintain our principles and ensure that business regulations don’t leave behind sick and disabled patients or create more complex laws that will continue prohibition in another name. So long as their are low barriers to entry that allow for mom and pops to survive, patients have safe access and marijuana laws improve, I say we welcome in the mainstream, but never forget where we came from in the first place the real reasons we have been fighting for legalization for so long.