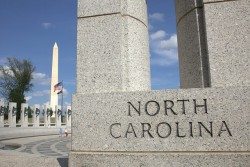 Several months ago, our very own Russ Belville helped publicize the plight of Douglas Floyd Ponischil, a 94-year old veteran of World War II, who had been arrested in Charlotte, North Carolina, on felony marijuana possession charges (“Rest Easy, Charlotte. The 94-Year-Old Marijuana Consumer Has Been Arrested!“). Mr. Ponischil wasn’t growing any marijuana and he certainly wasn’t a marijuana dealer. The absurdity of that felony arrest against an elderly war hero with absolutely no criminal history, galvanized national support for the man and just further added to the motivation that fuels Drug War reformers.

I decided to check up on Mr. Ponischil, but found that any update of his case was lacking any media attention and it didn’t pop up on “Google News”. I was pleasantly surprised to see that his lawyer had posted an update on his firm’s page. The charges had been dismissed! From the Law Office of Christopher Connelly:

Attorney Chris Connelly was honored to represent Douglas Ponischil in this marijuana felony case and secure a dismissal.  Mr. Ponischil is a 94 yo WWII combat veteran who survived a U Boat attack that left him in the dangerous waters of the Caribbean for several days until rescue.

He had never had any adverse contact with the law until March of 2015 when police raided his house and arrested him, accusing him of felony possession of marijuana. This arrest ocurred several weeks after marijuana had been mailed to his home on someone else’s behalf.  Instead of investigating whether this 94 year old vet was perhaps being taken advantage of by others, law enforcement arrested him and put him in jail.

After months of negotiations with prosecutors, Attorney Chris Connelly was able to convince them to dismiss these charges against Mr. Ponischil.

I would like to personally thank attorney Christopher Connelly for his work on this case and I’m sure that I’m joined by the entire cannabis community. The thought that a man could survive a Nazi U Boat attack in World War II and then be arrested and taken into a jail because of an American Drug War being waged upon its own citizens is sickening to me. It is rather astonishing that trained law enforcement officers didn’t think that they could do some further investigation or just write a ticket and felt the need to arrest a man in his mid-90s.

I’m just glad that Mr. Ponischil had good representation and can hopefully put this whole ordeal behind him and enjoy the rest of his time on this planet without worrying that the next knock on his door isn’t going to be armed officers taking him to jail. Despite the dismissal of these ridiculous charges, the fact that a World War II war veteran without any criminal record would be arrested for cannabis possession demonstrates the fact that no one, or even our pets, are safe until we end the failed and harmful Drug War. 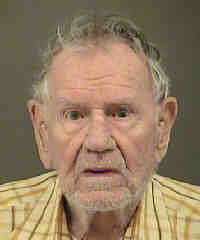 Such a shame that police officers felt the need to arrest a 94-year old WWII vet with no criminal record and haul him off to jail.