The End of The Beginning: Trump Persecution of Non-Medical Marijuana Coming Soon 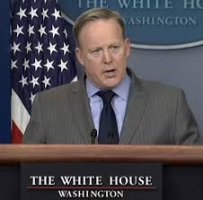 The presidential administration has thrown down the gauntlet. Trump’s extraordinarily marijuana-hating cabinet, especially drug war fossil Attorney General Jeff Sessions, is champing at the bit to persecute marijuana. The recent state legalizations of adult use (aka recreational) may end, and may even be dismantled. In response, new, fortified, strengthened, and broadened medical initiatives will likely be enacted by state voters.

So far, Trump’s drug war comments and tweets have been alarming. He has praised the Rodrigo “Rody” Roa Duterte’s Philippine drug war, an obscene catastrophe that has seen thousands murdered in state sanctioned killings. Trump has spoken enthusiastically about asset seizure, even threatening the careers of state representatives opposing the hideously un-American practice of big government directly taking citizen’s property and possessions.

One of the most disturbing aspects of Spicer’s marijuana musings was his wildly bogus link to the country’s very real opioid epidemic with cannabis use. This assertion is easily refuted: Big Pharma pill mills, like those that flooded a Wet Virginia country with nearly a billion opioid doses, caused this epidemic. Indeed, medical cannabis may well be the very best way to end addiction and danger from death of opioids. Spicer’s willingness to promote such a malignant marijuana myth may indicate another drug war big lie tactic from the Trump administration.

The new focus on the evil recreational adult-use of cannabis, as opposed to the more tolerable medical use, calls for new state medical initiatives. More on this soon.

Other state actions in medical and adult-use legalized states should include specific non-cooperation between state and local LEO with federal law enforcement. This may be hard to manage, as the feds can directly bribe with their ill-gained asset forfeiture lucre. State legislation narrowing and eliminating civil asset forfeiture should be enacted, though this is doubtful as state legislatures become redder across the country.

Jury nullification on the federal level might well stifle federal prosecutions, especially as the renewed US attack on cannabis so violates public opinion on cannabis freedom. Of course, for ruinous civil asset forfeiture, the government needs no guilty verdict, not even a prosecution, nor even a criminal charge, to confiscate citizen’s real estate and other possessions.

All Americans, but especially those citizens in adult-use (recreational) at least seven legalized states, plus DC,  need be aware of this renewed federal attack on your personal freedom and financial well-being. To sign a petition requesting the president respect state laws, click here.

Big government is coming for you.