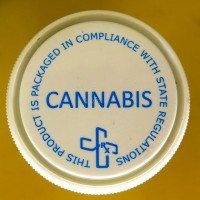 Last week we told you that San Francisco based marijuana investment firm The ArcView Group was projecting total 2015 marijuana sales in Colorado to break the billion dollar mark. Turns out they were off, but not by much. Yesterday Colorado released its official tax data and it shows that total sales in the first state to legalize recreational marijuana reached $996,184,788. The ArcView Group had based their projections on a weak retail December and on that they were totally off. December saw the highest sales of recreational weed since the first storefront opened its doors two years prior, and jumped to $11.2 million from $10.6 million in November (a more-than-20% month-to-month increase).

Total tax revenue for the 2015 calendar year came out to just over $135 million, with nearly a quarter of that, or $35 million, reserved specifically for school construction. USA Today reported a year ago that funds from that tax pool were already being used “to buy new roofs, boilers and security upgrades for public schools across the state.” Local communities like Pueblo are using local tax proceeds to fund college scholarships for their residents.

Last year the state hauled in $76 million on sales of $700 million, so the 2015 numbers reflect a significant increase year-to-year. As The Cannabist notes, this is due to a variety of growth factors:

Colorado’s 2015 marijuana tax and sales totals tell a story of implementation and growth. While the state’s pot shops sold more than $699 million of cannabis in 2014, they moved more than $996 million in 2015 — a year when more pot shops opened, more municipalities started allowing these businesses and more customers found their way into the regulated market. Year-over-year totals for taxes and license fees grew too, from $76 million in 2014 to $135 million in 2015.

While these numbers are impressive and are already making a huge positive impact on Colorado’s citizens, it’s important to remember that more money in the coffers is only one bright spot in a legalization movement that promises to reverse decades of discrimination, unjust policing, and mass incarceration.

Colorado’s Regulated Marijuana System Generated More Than $135 Million in Revenue for the State in 2015, Including More Than $35 Million for School Construction Projects

DENVER — Colorado’s regulated marijuana system generated more than $135 million in revenue for the state in 2015, including more than $35 million for school construction projects, according to the Colorado Department of Revenue.

“There are hundreds of millions of dollars in marijuana sales taking place in every state,” said Mason Tvert, the Denver-based director of communications for the Marijuana Policy Project. “Colorado is one of the few where those sales are being conducted by licensed, taxpaying businesses.”

Adult-use marijuana sales in Colorado are subject to the state’s standard 2.9% sales tax, plus a 10% special state sales tax.Additionally, wholesale transfers of adult-use marijuana are subject to a 15% state excise tax. The first $40 million raised annually by the 15% excise tax is earmarked for public school construction projects. The excise tax raised just over $35 million in 2015, up from about $13.3 million in 2014.

“These tax revenue figures are truly impressive,” Tvert said. “Just six years ago, Colorado received zero dollars in tax revenue from the sale of marijuana in the state. Now it’s raising more than $100 million annually with tens of millions of dollars directed toward public school improvements.

“The additional tax revenue far exceeds the cost of regulating the system,” Tvert said. “Regulating and taxing marijuana has been incredibly successful in Colorado, and it represents a model for other states to follow. These numbers should put to rest the claims we keep hearing from opponents that marijuana tax revenue has fallen short of expectations in Colorado.”