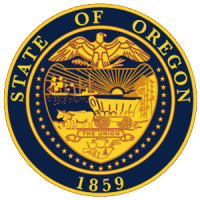 We begged for a delay in the plant number restrictions and tracking so Oregon Medical Marijuana Program (OMMP) participants can learn what they are expected to do. The new temporary OHA/OMMP rules were only recently adopted on February 8th, 2016 following the passage of House Bill (HB) 3400 signed last summer which was to be fully implemented March 1st. The Marijuana Legalization committee gave us one extra month, so now the new date to implement plant number restrictions is April 1st. The committee also gave us 83 more pages of new cannabis bills in this short session and we need to know what pertains to us in a short amount of time. Much of what was passed is good but do the reforms go far enough to protect patients and growers from avoiding accidental non-compliance? And do growers have enough time to do the work necessary to keep their patients? We won’t be able to answer those questions today, but we can help you understand the changes to the OMMP and OLCC.

The Marijuana Legalization Committee Co-Chair, Rep. Ann Lininger gave us an extremely helpful summary of the cannabis bills. Check out her website annlininger.org to find the cannabis law update for a general explanation of every law that passed this session that affects the cannabis community. Here is my best attempt at summarizing the OHA rules and this session’s bills.

OHA Rules For The OMMP

A full list of all of the links to all of the new rules can be found on the OMMP website. The rules pertaining to patients, growers processors and dispensaries can be found here. This is my summary of those rules.

Who Reports And Who Is Exempt?

Two Patient Personal Gardens Exemption: OMMP growers are subject to reporting except for two patient gardens if two patients are listed as their own grower at their residence. Personal gardens at another location than the residence will be subject to the $200 grower fee at renewal, plus tracking and reporting.

Reporting: Beginning in June 2016, growers will be expected to log into the OHA website between the 1st and 10th of every month thereafter and report the number of mature and immature plants, amount of medicine being dried, medicine on hand and to whom, or where medicine/plants went. If the meds, plants or seeds went to a dispensary or processor, then there must be an agreement signed by the patient.

Possession Limits: OMMP patients and caregivers can possess 24 ounces just as we used to be able to. The possession limits for growers is among the more confusing aspects of the OHA rules. All growers will be called Persons Responsible For Marijuana Grows (PRMG), regardless of whether they grow for them self or other people. PRMGs who grow outdoor may possess 12 pounds per plant and indoor growers can possess 6 pounds per plant.

You Gotta Keep Em Segregated: At locations where there are multiple persons responsible for grow site, all plants need to be labeled per grower. Also, the medicine has to be kept in separate containers labeled with the grower’s name on it. This will help the grower report, and the consequences for not having separate labeled containers is suspension and revocation of their card.

Processed Extract’s Accidental Temporary Prohibition: According to HB 3400, only licensed processors of extracts (hydrocarbon solvent extractions such as butane hash oil, propane hash oil, and CO2 oil) are allowed to be sold to dispensaries after March 1st  and it would be a huge risk for a dispensary to sell extracts. When this date was printed in the OHA rules, activists like myself and many others stated in the rule making committee that the temporary prohibition was unacceptable because we won’t have licensed processors until around October. The OHA responded by making the implementation date 10/1/16. However, the legislature did not change this part of the law, so it is still against the law for a dispensary to buy processed extract medicine between 3/1/16 and 10/1/16. Ironically, as we will discuss next, Senate Bill (SB) 1511 (which is waiting for the governor’s signature) allows for some processed extracts and other processed cannabis products to be sold to all adults as soon as the rule making process is finished. My hope is most dispensaries will ignore that unworkable law because they can’t punish all dispensaries for helping the sickest patients among us. For what it’s worth, they would be following the rules, just not the unworkable law.

UPDATE: The OHA just released a bulletin about their current rules regarding extracts, concentrates and marijuana products. (Hopefully, a more reasonable interpretation can be developed as legislators and policy makers are working on a solution that can work for patients and the industry. We’ll keep you updated).

Testing: Anyone that transfers medicine to a processing site or dispensary must have their medicine tested beforehand.

Senate Bill (SB) 1511 has not yet been signed by Governor Brown but the word on the street is that this bill is expected to be signed. We should prepare because there is an unfair amount of time to accomplish what is needed in order for OLCC Producer applicants to be able to keep their medical marijuana patients.

OMMP Growers Must Accomplish These Three Things by 4/1 In Order To keep Their Patients:

All returned receipts, the grower signatures and list of patients can then be compiled and given to the OHA by April 1st. According to Andre Ourso of the OHA, who did a tutorial for the Oregon Cannabis Association, the OHA doesn’t want growers with, say, 100 patients to send all 100 cards, but maybe to copy them on to fewer pieces of paper and submit the copies. Amy Margolis asked if an affidavit signed in front of an attorney would work, and Mr. Ourso said yes.

Tax Free OLCC Cannabis To OMMP Patients: Technically this part of this bill was repealed because it was illegal to pass a tax with an emergency provision, which means it goes into effect right once the governor signs. However, the language reappeared legally in SB 1601 which also passed but also sits on Governor Brown’s desk and there is no emergency clause. The emergency clause wasn’t needed anyway because OLCC stores won’t open until October. OLCC stores will be able to sell cannabis to OMMP patients or their caregiver tax free.

Discounts And Free Medicine May Be Donated By OLCC Stores To OMMP Patients:  The law originally stated that cannabis can not be sold for less than the price paid for the product because that would be considered tax evasion. That language is still law for adult use non-medical customers, but SB 1511 also made it so patients can get cannabis donated to them by an OLCC store. This means that if an OLCC store wants to take a loss in order to help an OMMP patient access medicine, then they can. Patients are tax free anyway, so it wouldn’t make sense to say that selling at a loss is tax evasion in this case.

The simplest change to the OMMP and OLCC came from a largely symbolic bill, House Bill (HB) 4094, which intended to made it easier for banking to occur in Oregon. As marijuanapolitics.com writer, Anthony Johnson explained in his blog, there is still a federal fix needed because banks do not operate without banking insurance, which they still can not obtain.

Worker License: All employees in OLCC licensed production, processing, wholesaling and retail establishments will need to get a worker permit similar to the OLCC’s alcohol server permit for anyone in Oregon that dispenses alcohol.

Researcher License: A new license will be created for the purpose of research.

Nonprofit Dispensaries: A new Nonprofit Medical Marijuana Dispensary license will be created. These nonprofit dispensaries “may receive by gift, devise or bequest: (a) Usable marijuana, immature marijuana plants and seeds from registry identification cardholders, designated primary caregivers, persons responsible for marijuana grow sites, persons who hold a license under ORS 475B.070 and persons who hold a certificate under ORS 475B.235;” ORS 475B.070 refers to the producer license issued from the OLCC and ORS 475B.235 refers to licensed researchers. Thanks to SB 1601, the qualifying OMMP and OLCC Licensee’s donations to the nonprofit dispensaries will state tax deductible.

HB 4014 made many interesting changes.

Protection From Cities And Counties: Section 33 protects cities and counties from taking away the privileges from patients and caregivers so they can possess cannabis plants, seeds and products containing cannabinoids.

Patients Being Able To Shop At Dispensaries Before Cards Are Issued: The OHA will soon give some sort of receipt that they received a patient’s new or renewal application and doctor forms. That receipt will have the same legal effect as a registry identification card for 30 days. This should mean that patients would be able to shop at dispensaries with the same privileges as patients who have received their OMMP card.

Veteran’s Application Fee is $20 Regardless Of PTSD And Percentage Of Disability/Pension: The law states, “a registry identification cardholder applying for renewal of a registry identification card, submits to the authority proof of having served in the Armed Forces of the United States [and of having been diagnosed with post-traumatic stress disorder], the authority may not impose a fee that is greater than $20 for the issuance or renewal of the registry identification card.” The italics means the language is taken out of the law. HB 3400 had given the $20 discount to all vets with PTSD, but now that discount is for all veterans. It is possible that rules must be written first before this discount applies. Hopefully it will apply to when the bill was signed on March 3rd when the emergency law was passed.

Criminal Justice: Ann Lininger says, “The bill reduces some criminal penalties and returns penalties to pre-HB 3400 level for conduct that involves unlicensed use of highly explosive materials or significant production within 1000-feet of a school.  The bill expressly prohibits smoking cannabis while driving.” The reason for the return to the pre-HB 3400 penalties is because the goal of legalization in Oregon was to decrease penalties or keep certain sensible penalties the same. HB 3400 increased the penalty for unlicensed explosive processing within 1000 feet from a school, but the previous penalties were sufficient.

SB 1601 was the technical fix bill that was referred to above because anything that involves taxation is not allowed to be part of a bill that has an “emergency clause” which means goes into effect right away.

Nonprofit Medical Marijuana Dispensaries: As stated above, OMMP cardholders and OLCC licensees will be able to make state tax deductible donations to licensed OHA nonprofit dispensaries. This part of this bill goes into effect 91 days from the end of the 2016 Special Legislative Session which ended 3/3/16. By my calculations that makes the implementation date June 2nd, 2016. There may need to be a rule making process for the new nonprofit dispensary license.

Tax Free Medical Marijuana: As stated above, SB 1511 would have exempted OMMP patients from paying taxes but it was illegal to do this in an “emergency clause” bill. This bill corrected that mistake and the implementation should occur by the October OLCC store launch.

Sarah Duff is a longtime cannabis law reform advocate that has helped successful measures qualify for the ballot in both Oregon and Missouri. Mixing activism with a socially conscious entrepreneurial spirit, Sarah co-owns Duff Johnson Consulting, a company that helps assists patients, cultivators, clinics, dispensaries and other businesses comply with Oregon cannabis laws. Sarah also produces medical marijuana products, including tinctures and lotions, through her Freedom Fighter Farms line that donates a portion of proceeds to charity and those in need.