Donald Trump Hits Jeb Bush on Instagram: You Must Be High 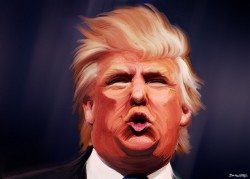 Less than a week after what many saw as a lackluster performance at the second official GOP debate, Donald Trump is still leading in the polls and back on the attack, this time on Instagram implying that Jeb Bush must be totally high. In a video posted yesterday, The Donald’s media team spliced together some of Jeb’s weaker moments on the Iraq war, immigration, and a clip from last week’s debate in which the former Florida governor admitted to smoking cannabis some 40 years ago, set to the soundtrack of Natural Yogurt Band’s funky track Pot Head, with overlayed text asking, “Are we sure it was only 40 years ago?”

This is not the first time the Trump team has attacked Bush on Instagram, but it may be one of his best hits yet. And while we can’t condone using marijuana consumption to disqualify a presidential candidate for the highest office in the land, one has to admire Trump’s gumption and sense of humor. The unlikely GOP front-runner is, after all, on record at various times supporting decriminalization, medical marijuana, and “second chances” for recreational drug users. Trump even stated his support for legalizing all drugs in the early 1990s. Regardless of his attack on Bush’s admission of marijuana use, it appears that Trump has settled on supporting medical 100% while personally opposing legalization, sticking with a states’ rights position on the issue.

It will be interesting to see how many Instagram videos bashing Bush the GOP frontrunner will produce during the course of the campaign or if he’ll start setting his sights on other candidates as well. You can check out Trump’s latest video ridiculing Bush below:

Jeb has been confused for forty years…