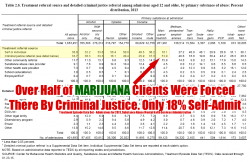 This is the second of a five-part post to tide you over for the Independence Day weekend. Enjoy Part I, where I explain Prof. Mark Kleiman’s fear of low legal marijuana prices. – “R”R

Mark Kleiman alleges that four million people have cannabis use disorder out of 22.5 million who are consuming it monthly. That means about 1 in 6 pot smokers supposedly have this so-called disorder. According to the DSM-V (the psychiatric manual), if a pot smoker meets two or more of these criteria, there can be a diagnosis of cannabis use disorder:

Right off the bat, if you’re a monthly cannabis consumer in a prohibition state, you’re going to check off #3 because of the time it takes to make a black market hookup. You’ll check #8 because your imminent arrest makes every place “high risk”.

The continued practice of urine screening at work and school creates the conditions to check off #5, not necessarily whether pot has affected productivity or education. Those legal and social pressures create unnecessary drama and ostracizing that lead to checking off #6 and #7.

This over-diagnosis of regular cannabis consumers as being “disordered” is reflected in the statistics regarding cannabis rehab. According to the Treatment Episode Data Set-Admissions (TEDS-A) for 2013, well over half the people admitted with a primary diagnosis of cannabis use disorder were forced into treatment by the criminal justice system. 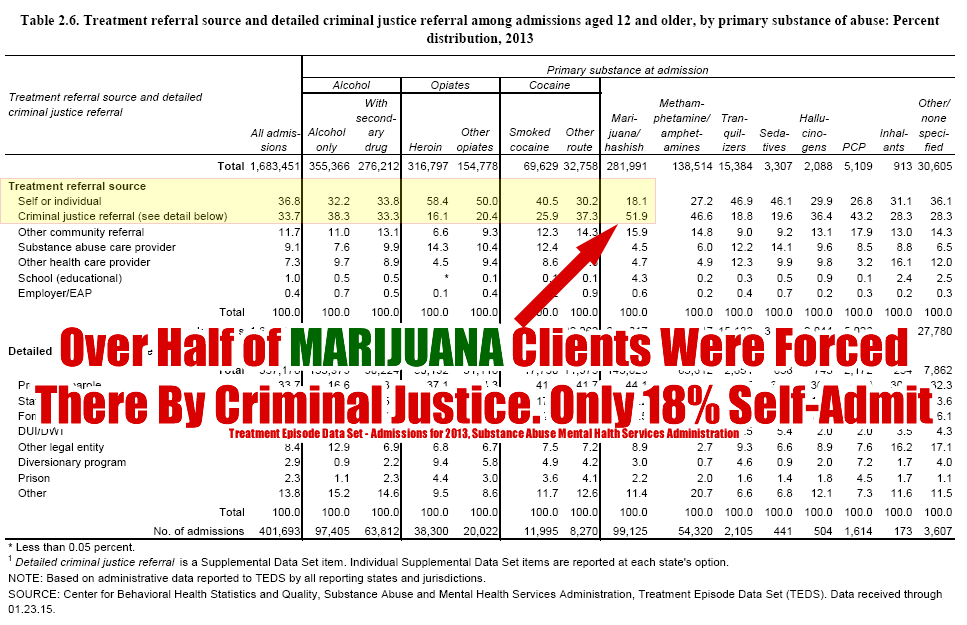 Only about 18 percent of marijuana users – less than one-fifth – admit themselves. Compare that to over a quarter of meth users, one-third of the drinkers, two-fifths of crack users, and over half the opiate users who feel they’ve got a problem enough to go to rehab for.

This is not to say there aren’t people with a serious problem with pot. But knowing how many there are is seriously confounded by the prohibition of marijuana in most states and the continued discrimination against marijuana consumers in the legal and medical states.

So if commercialized marijuana is so terrible, what is Mark Kleiman’s solution? Soviet-style central government planning! Join us tomorrow to learn how Kleiman would prefer your marijuana purchases to be expensive and limited by quotas.