Will Trump Defund the Drug Czar? 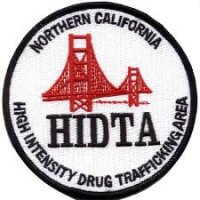 In a rare display of drug policy sanity, the Trump administration has recommended a nearly total defunding of the Office of National Drug Control Policy, ONDCP. The proposed 95% reduction in the drug czar’s office would eliminate some of the drug war’s most harmful programs.

The ONDCP must, by charter, oppose legalization of any scheduled drug, including marijuana. The drug czar office must necessarily be dishonest and deceitful on such issues as medical marijuana. The drug czar’s office was the brain child of Joe Biden and stretches back 35 years, to 1982. Now the organization’s budget has bloated up to over a million dollars a day. This increase in spending has paralleled not by any reduction in drug use but by an epidemic of opioid addiction and death.  The Trump cut back would still leave half its staff in place, presumably by cutting some of its major — and malevolent — programs.

HIDTAs contribute to one of the drug war’s most evil tools, civil asset forfeiture. Originally conceived to seize the profits of drug lords, American police are using it to seize the money and possessions of common citizens. HIDTA training centers train police specifically on how to take cash from the public, even when not even making an arrest. Most of such lucre can be kept by local law enforcement for its own use. In the lucrative San Diego HIDTA, local laws enforcement used their ill-gotten gains for travel, facilities, and training for taking even more money from citizens. Minorities and poorer communities suffered the most; nearly half the asset seizures were inflicted upon those with Hispanic surnames.

HIDTAs are often funded by the nefarious Bryne Grants, special drug war federal expenditures for funding aggressive task forces. Such task forces did huge harm to minority communities, in many cases incarcerating most of the men and many of the women. NY Times columnist Charles M. Blow wrote an eloquent account of the damage inflicted by Bryne Grant drug war brutality in an essay entitle Smoke and Horrors. He wrote,

Financing prevention is fine. Financing a race-based arrest epidemic is not.

Yet another dishonest ONDCP/HIDTA program deserving to die is the National Marijuana Initiative, another propaganda ploy to keep cannabis illegal.

Many have doubts the drug czar’s office will suffer the 95% defunding proposed by Trump. Things do seem suspicious. Both President Trump and Attorney General Sessions are huge fans of asset forfeiture. Perhaps they plan to move asset forfeiture programs like HIDTA to the Department of Justice? Trump and Sessions have indicated great enthusiasm for promoting a more aggressive drug war; removal of hundreds of millions of dollars from the ONDCP would be tough to make up, although DOJ asset forfeiture income is massive.

Another source of pushback against drug czar cuts is congressional democrats. The ONDCP is primarily a democrat invention, masterminded by Joe Biden, funded profusely by all democratic administrations. Since Trump’s announcement of the cuts, many in congress have spoken up to whine about budget cuts during the current opioid epidemic. Virginia democrat Senator Joe Manchin said “You don’t cut 90 percent of funding out of the greatest epidemic that we’ve ever had.” He did not explain how the opioid crisis developed when ONDCP, DEA, and dozens of other agencies are in full drug war mode. Even Senator Elizabeth Warren wrote Trump pleading that the drug czar office be fully funded, apparently unaware of the huge harms the office has inflicted.

Medical cannabis now appears likely to be the best prevention, treatment, and cure of opioid addiction.  Yet the country’s supposed adviser on drugs, the ONDCP, must by charter oppose medical marijuana or any form of legal marijuana. It must lie. Such a concocted mandate, totally divorced from science and from compassion, should rightly doom the ONDCP drug czar office.