Wichita, Kansas, To Vote On Marijuana Decriminalization In April 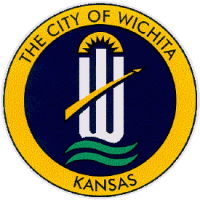 In the fight to end cannabis prohibition, local decriminalization measures can be an effective tool to move the issue forward while improving people’s lives in a local community. Often, statewide reforms aren’t feasible due to cost or politics. A local city or county initiative can be accomplished for a fraction of the cost and a local city council or county commission may just be more responsive to sensible cannabis law reform than a state legislature. Seattle, Washington, passed an influential lowest law enforcement priority measure in 2003 that helped build momentum for further marijuana law reforms and the Evergreen State actually became the first state to enact legal marijuana possession through a popular vote on December 6, 2012*.

In Columbia, Missouri, I was happy to be apart of an effort that ultimately led to the college town decriminalizing up to 35 grams of marijuana with 61% of the vote while allowing medical patients to legally possess 35 grams with 69% of the vote in 2004. Show-Me Cannabis recently successfully lobbied the St. Louis Board of Alderman to decriminalize small amounts of marijuana. Show-Me Cannabis also helped lead an effort to decriminalize personal amounts of marijuana in Springfield, Missouri, but the Springfield City Council decided to subvert democracy and settle a federal lawsuit for doing so. While statewide reform has been out of the reach of Missouri advocates, local measures have been a way to create momentum for change and the state is now a dark horse candidate to legalize marijuana in 2016.

There are many American cities that are taking a hard look at decriminalizing cannabis possession. Philadelphia and New York City did it last year, and cannabis arrests have dropped 88% and 75% respectively. That has saved a lot of money, and has freed up law enforcement resources so they can be focused towards fighting real crime. Wichita, Kansas, America’s 49th largest city, with over 380,000 residents, is considering a similar move. Per Kansas.com:

The Wichita City Council voted 6-1 Tuesday to put the measure on the ballot after backers presented a petition with thousands of signatures supporting it. Council member Pete Meitzner voted no.

The proposal seeks to amend the city code and make a first-offense marijuana possession a criminal infraction with a $50 fine. The conviction would be expunged after 12 months if an offender kept a clean record.

Enforcement would be handled through a summons or citation, similar to a traffic ticket, rather than an arrest. The change would apply only to those 21 or older carrying 32 grams or less of marijuana and/or the paraphernalia to use it.

As a Missouri Tiger, I rarely wish Kansas the best, but I’ll put aside my admitted irrational sports rivalry aside and wholeheartedly support positive change in the Sunflower State. I’m hopeful that this initiative passes for the sake of Wichita residents and the entire state. Kansas is far from a progressive cannabis state, so a victory in its largest city would be a tremendous win for the reform movement there. If you live in Wichita, Kansas, make sure to tell everyone you know to vote for the initiative. All Kansas cannabis law reformers should do all that they can to support the effort because victory can only help build momentum for a statewide victory down the road. I encourage cannabis law reform advocates from across the country to support Kansas for Change and contribute if you can as well, as success in such a conservative state can prove very influential in other conservative locales across the nation.

*Alaska became the first state to legalize personal possession in the home thanks to a state Supreme Court case named Ravin v. State. Coloradans successfully voted to legalize marijuana an hour before Washington thanks to an earlier time zone in 2012 and were the first to initiate regulated cannabis commerce on January 1, 2014, but the state enacted legalized personal possession on December 10, 2012, just four days after Washington State.