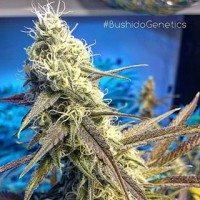 Weed and seeds! More strain talk with Master Grower Bushido! We discuss how to identify a strain, how to get the seeds out, and how to stabilize a phenotype. And some other stuff. Enjoy.