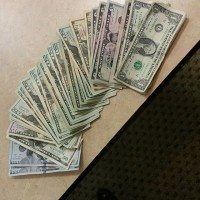 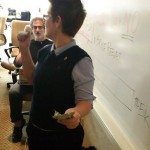 I’ve just wrapped up my time at the Virginia NORML Conference in Richmond, where marijuana law reformers raised $1,250 to defeat one of the most anti-marijuana-reform state senators in America, Bryce Reeves of Virginia’s 17th District.

“Virginians can’t change the laws,” read one sign, referring to Virginia’s lack of a voter initiative process, “so let’s change lawmakers.” Bryce Reeves is the perfect target for change.

In February of 2015, the Virginia Senate joined many other Southern states in approving a bill to allow an affirmative defense for parents who treat their child’s intractable epilepsy with cannabidiol (CBD) oil, the non-psychoactive constituent of the cannabis plant.

Senator Bryce Reeves was the only senator to vote against the CBD bill. 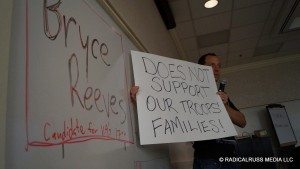 Keep in mind this was literally the least Virginia could do for these desperate parents; they’d still have to risk being interstate drug traffickers for bringing the CBD oil from out-of-state, and they’d still be arrested for possession of CBD oil if they are caught with it in Virginia. The affirmative defense just means that after the parents have been arrested, cuffed, hauled to jail, booked, fingerprinted, photographed for their mug shot, arranged to make bail, had their child taken by protective services, hired a lawyer, and then went to court, they could argue to the judge they were using this CBD oil that cannot get anybody high to treat their seriously incapacitated child’s epilepsy, and the judge would dismiss the charges.

Senator Bryce Reeves’ ignorant opposition to forms of cannabis that do not get people high doesn’t end at medical CBD oil for epileptics. There was also a bill to approve of industrial hemp production and manufacturing in Virginia, which passed the House and Senate and was signed by Gov. McAuliffe.

Senator Bryce Reeves was one of five senators who voted against the industrial hemp bill.

As for the cannabis products that can get people high, Virginia lawmakers also attempted to decriminalize the personal possession of marijuana. Currently in Virginia, one can be charged with a felony for marijuana possession for just one half-ounce of marijuana, if a prosecutor can show that the marijuana was intended for sale. Possessing less than a half-ounce subjects the Virginia citizen to misdemeanor penalties of 30 days in jail and a $500 fine for a first offense, or a year in jail and a $2,500 for subsequent offenses.

The Virginia decrim bill would have changed simple possession to a $100 civil fine and created a rebuttable presumption – an assumption that prosecutors could challenge – that cultivation of six or fewer cannabis plants is for personal use. There would be no criminal record and the bill removed any arrest and jail for such offenses.

Senator Bryce Reeves was one of nine senators on a committee that voted to table the decriminalization bill. 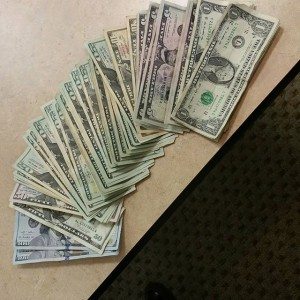 So the attendees of the Virginia NORML Conference, after listening to impassioned pleas from longtime Virginia activists Andy Ludwig and Ed McCann, had an impromptu fundraising call to help defeat Bryce Reeves. In just fifteen minutes, they had raised $990 in cash and $330 in credit card donations, totaling $1,250 to remove Bryce Reeves, the most anti-pot senator in Virginia.

When the debates in the currently-legal states and the soon-to-be-legal states all seem to revolve around whether the right people are getting rich from growing marijuana, it sure is refreshing to visit Virginia, where activists still remember the whole point of legalization is to end the discrimination and persecution of cannabis consumers. Without any big marijuana industries, medical marijuana growers, or green rush prospectors funding them, grassroots marijuana reformers put their limited money where their mouth is and engaged directly with the political machine.