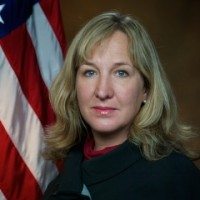 While most marijuana law reform advocates have an antagonistic relationship with their US Attorney, Oregon’s cannabis community has been fortunate to have Amanda Marshall at the helm since October 7, 2011. Marshall succeeded Dwight Holton, who was not supported by the cannabis community, to say the least, as his anti-marijuana positions rallied advocates to help Ellen Rosenblum defeat him in his race for Oregon Attorney General. Marshall’s resignation is effective on May 15th.

While Dwight Holton stated that medical cannabis dispensaries would “not be tolerated,” Marshall on the other hand, stated that she wanted to see the state’s dispensary program “be successful” and that “Our goal is not to stop the state from moving ahead with their policy decision.”

Instead of wasting federal resources raiding medical marijuana facilities, Marshall focused on violent gangs and sex trafficking. Ms. Marshall set a record for her jurisdiction’s number of sex-trafficking prosecutions, stating, “This is modern-day slavery, and we will not rest until every victim is rescued, and every trafficker sent to prison.”

Amanda Marshall even sat down with the Oregon Advisory Committee on Medical Marijuana in December of 2012, to take questions from advocates.  I blogged about her sit down with the ACMM for the National Cannabis Coalition, stating that, “While I don’t think that we can necessarily count Ms. Marshall as an ally in the fight to end cannabis prohibition, it seemed apparent to me that we could certainly do much worse than her and that she is clearly and unambiguously more reasonable than her predecessor, Dwight Holton.” More from that blog:

Ms. Marshall stated that she only prosecutes Oregon growers and providers who are not in “clear and unambiguous” compliance with state law. She considers the quantity of plants and cannabis, whether there are sales involved and whether any of the marijuana is crossing state lines.  When asked if it would be okay for medical marijuana card holders and organizations to provide cannabis for free to Oregon patients (since that is clearly and unambiguously allowed under the OMMP), MS. Marshall wouldn’t ever say that it is okay to violate federal law, but her criteria for prosecution made it clear that such actions were not a prosecutorial priority for her.  When asked about jury nullification, Ms. Marshall stated that she was morally opposed to the practice because, in her experience, jurors who utilize the practice lie during the jury selection process.  I had hoped that an ACMM member would follow up on that question to see whether she would have felt the same if she was prosecuting people for helping “fugitive” slaves when our federal government still sanctioned slavery.

Amanda also shed a bit of light on the workings of other US Attorneys, mentioning that they don’t get all that much guidance from Attorney General Eric Holder because he is overwhelmed and extremely busy dealing with, in her opinion, one of the toughest jobs in the world.  Different US Attorneys across the country in medical marijuana states may have different priorities and these federal attorneys meet in a workgroup that includes states that are allegedly the recipient of large amounts of cannabis grown in medical marijuana states.  They contemplate different policy decisions some have undertaken, such as only concentrating on dispensaries operating within a 1,000 feet from a school.  While many have argued that US attorneys are targeting growers and providers acting in compliance with state law, she stated that her colleagues do consider state law and that their perspective is likely that their targets are not following state law.

Born and raised in Oregon, Amanda admitted to attending Grateful Dead concerts and that she doesn’t “think holistically that the War on Drugs has been successful.”  The meeting room filled with patient advocates and cannabis activists applauded when she stated that she believes that drug use should be considered more of a health issue than a criminal justice issue.  She went on to state that she wasn’t a policy maker, she is a public safety official within the Executive Branch and her job is to prevent and decrease crime.

Ms. Marshall has cited health reasons for her resignation and I hope that she gets the help that she needs. It is unclear whether Marshall’s departure will lead to any change’s in federal marijuana prosecutions in Oregon, but her successor should see the wisdom in following her pragmatic cannabis policy (and hopefully Dwight Holton won’t be selected to replace her.) During an important phase of Oregon’s marijuana history, Marshall’s prioritization of serious and violent crimes, played an important role in Oregon legalizing safe access to medical marijuana and becoming one of the first states to legalize cannabis for adults. I had meant to send Ms. Marshall a thank you message numerous times during her tenure whenever I read about a prosecution of a truly despicable criminal, but I never did. So thank you, Amanda Marshall, and good luck in whatever comes next.