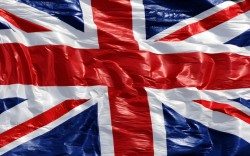 Remember “We the People”, the Obama Administration’s online petition site? It originally promised that any petition receiving greater than 25,000 signatures would receive an official government response.

Remember how shocked the media were when time after time, a marijuana legalization petition topped the lists, garnering 44,000, then 46,000, even 83,000 signatures? Remember how President Obama laughed off the “online audience” in response?

Well, our friends across the pond in the United Kingdom have outdone us. Their nation, with just one-fifth the population of ours, just dropped 205,336 signatures for their marijuana legalization petition, “Make the production, sale and use of cannabis legal.” The UK government registered over 100,000 signatures within the petition’s first five days. Not only did they amass far more signatures, but what happens in response to those signatures is far more important.

In order to receive just a response from the UK government, a petition needed to reach 25,000 signatures, like the original petition threshold to get a response from the US government. Since 2013, the US raised the threshold for a White House response to 100,000 signatures. That’s the number of signatures needed in the UK to require a formal debate of the issue in Parliament. The US has no such equivalent to force a debate in Congress.

While the debate over cannabis legalization awaits in Parliament, the Tory-led (conservative) government has issued a response The Independent characterized as “damning”:

Cannabis can unquestionably cause harm to individuals and society. Legalisation of cannabis would not eliminate the crime committed by the illicit trade, nor would it address the harms associated with drug dependence and the misery that this can cause to families.

Legalisation would also send the wrong message to the vast majority of people who do not take drugs, especially young and vulnerable people, with the potential grave risk of increased misuse of drugs.

The response was considerably more anti-legalization than the US government’s tepid response to our marijuana legalization petitions, delivered by then-Drug Czar Gil Kerlikowske, which quoted President Obama’s interview with Barbara Walters, who asked “Do you think that marijuana should be legalized?”:

Well, I wouldn’t go that far.  But what I think is that, at this point, Washington and Colorado, you’ve seen the voters speak on this issue.  And as it is, the federal government has a lot to do when it comes to criminal prosecutions.  It does not make sense from a prioritization point of view for us to focus on recreational drug users in a state that has already said that under state law that’s legal. …

When you’re talking about drug kingpins, folks involved with violence, people are who are peddling hard drugs to our kids in our neighborhoods that are devastated, there is no doubt that we need to go after those folks hard… it makes sense for us to look at how we can make sure that our kids are discouraged from using drugs and engaging in substance abuse generally.  There is more work we can do on the public health side and the treatment side.

The only issue more popular than legalizing marijuana on the official UK government petition site is one calling for the firing of the UK Health Secretary, Jeremy Hunt, which got over 100,000 signatures on its first day. Apparently, he’s not so popular with the doctors and nurses working in their National Health Service (there you go, UK, outdoing the US once again), who have taken to social media to protest his policy proposals for longer working hours. Sec’y Hunt has even been pranked by UK television show that had him followed around town by a man playing a sousaphone.

While the cannabis legalization will be debated in Parliament, it’s not a fast track straight to the Commons chamber (full debate). First it will have to be discussed by an eleven-member Petitions Committee of Parliament. That committee is stocked with six Tories, so at least one would have to buck their party’s hardline response against legalization to form a majority to pass on the petition.

Then the petition would go to the Backbench Business Committee, and again, at least one Tory would have to support it for it to move on to the full Commons chamber for debate. This committee determines which of many issues need to go before the full Parliament, and legalization could be crowded out just because there are other, more pressing issues to consider.

Meanwhile, in the US, the only petition currently over 200,000 signatures is to extradite to Zimbabwe the dentist who shot Cecil the Lion. Recognizing the Ku Klux Klan as a domestic terror organization and preventing Medicare from denying access to prosthetic limbs for amputees are the only other petitions above 100,000. Maybe we’ve just recognized the best petition for legalization of marijuana happens at the state level.