Less Than Twelve Hours Until Marijuana Is Legal In Oregon! UPDATE: It’s Legal! 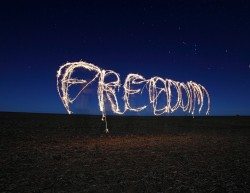 UPDATE: Marijuana is now legal in Oregon. The Oregonian has been live tweeting the revolution.

The War on Marijuana has caused too much pain for far too long. Every cannabis law reform advocate has their activist origin. Mine started in the dorm room at the University of Missouri, witnessing first hand an African-American friend treated more harshly for possessing marijuana in the dorm than my white, middle class friends. I have witnessed good people experience the loss of employment and educational opportunities because of draconian marijuana laws. I know of loving families who have experienced traumatic SWAT raids because of cannabis prohibition and still suffer from post-traumatic stress years later. I have seen people arrested for marijuana crying because they feared being sentenced to prison and family members grieving uncontrollably as their loved ones were sentenced to prison because of unjust marijuana laws.

On July 1st, Oregon takes one big step in the right directions to ending the failed and harmful War on Marijuana. Clearly, the harms of cannabis prohibition are more deadly than the plant itself. It is remarkable that the United States, Land of the Free, has waged a decades long war on a substance that can’t cause a lethal overdose. After studying the science of cannabis and the policy implications of prohibitions, it becomes apparent that keeping marijuana illegal has more to do with culture than with the truth; especially with alcohol and tobacco legal.

It recently struck me that legalizing marijuana is a combination of repealing alcohol prohibition and legalizing marriage equality; we aren’t just legalizing a new substance, there is a cultural battle still being waged against the cannabis community due to Reefer Madness propaganda and years of bias and stereotypes. Culture wars and long-held biases, don’t die easily. However, we are slowly but surely ending these biases and winning a war that has been waged upon nonviolent citizens for far too long.

Oregon has a long history as a pioneer in sensible cannabis laws, decriminalizing marijuana in 1973, passing a medical measure in 1998 and supporting the Measure 91 legalization measure with over 56% of the vote in 2014, the greatest margin of victory for legalization in any state thus far. With legalization starting in 12 hours, we take another step, but we know we aren’t done. There is much work left here in Oregon and across the nation and we aren’t going to rest until cannabis prohibition is repealed and the horrible Drug War is ended. In 12 hours we take another step in the right direction. Step by step, state by state, country by country, until we are all free.