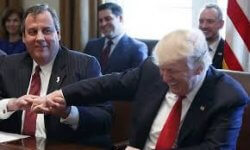 After wasting 1,000 billion dollars, 45 years, and tens of millions of arrests the war on drugs has produced as highly lethal opioid epidemic. Having promised as a candidate to “take care” of the problem, President Donald Trump has appointed an opioid panel, AKA Commission on Combating Drug Addiction and the Opioid Crisis. The panel hopes to provide a plan to “take care” of the highly fatal problem by September. Problem is, nearly all panel members are incapacitated by a prejudice against what is likely to be the most useful tool in this fight, medical cannabis.

Opioid addiction is a break down in personal autonomy and self-control. Another disqualification for Christie could be his personal gluttony. As TIME Magazine reported, Chris Christie Racked Up 300k of Food and Alcohol on Expense Account.

Joining Chris Christie on the panel is a range of “experts.” 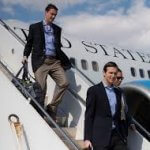 Jared Kushner, the president’s son-in-law assume a prominent role in the panel. Although he lacks any experience in government, he is tasked with several other important jobs this summer, including reinventing the US government and securing mid-east peace. Apparently though, the Israeli-Palestinian problem is proving difficult, so maybe he will have more time to deal with the opioid epidemic. 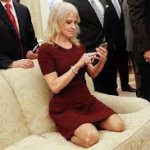 Kellyanne Conway brings to the panel, uh, well, probably a good communication channel to the president, something Christie lacks. However, she recently caused some stir with her remarks about addiction. In referring to those with addiction problems she revealed her recommended solution, “a four-letter word called ‘will’ ”. Senator Ed Markey was quick to respond, “Kellyanne Conway should be ashamed of herself for suggesting that those suffering from substance-use disorders should simply have more ‘will’ ”. If Conway truly views addiction in terms of personal will, perhaps she should consider the will-power of the legendarily gluttonous panel chairman. Chris Christie has spent over $1,000 a week of New Jersey taxpayer money on entertaining, food, and drink. 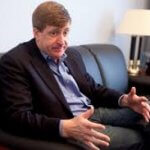 Patrick Kennedy, ex-congressman and former prescription drug abusing driver, and current Big Pharma flack is next up. Ill deserving of his last name, Kennedy is perhaps best remembered for playing bumper cars in the middle of the night in Washington D.C., under the influence of the psychoactive sleep drug Ambien.  He promised “to seek help for addiction.”  Since then, Kennedy has used his personal addiction issues to become an “expert” in drug abuse, especially focused on the “dangers” of cannabis with his anti-marijuana organization, SAM, Smart About Marijuana.

A couple of governors and treatment industry advocates fill out the commission. Seemingly about the only issue uniting this group is their distaste for medical marijuana. This comes at a time when it is becoming ever more clear that medical cannabis may very well be the best preventative, palliative, and treatment for opioid addiction.

In addition to pure obstinacy and malign neglect of the crucial potential of medical cannabis, the panel’s other big problem is the congressional attack on ObamaCare and medicare. The $800 billion cuts proposed by senate republicans would devastate the already inadequate access to addiction treatment.

So the panel is tasked with solving a quickly growing problem, deadly in its consequences, but with the prospect of far fewer funds for any sort of treatment options.

The only entities getting increased funding under the Trump administration are the traditional profiteers of the war on drugs, prisons, prosecutors, and police, even though our current highly fatal opioid epidemic is tragic proof of the total failure of the trillion dollar war on drugs.

Just last week, the PEW Charitable Trust reported another study showing no relationship between coercive drug laws, robust enforcement and prosecution and the use of drugs and other indicators. The study, like other before it, found:

An earlier report by PEW found:

Despite substantial expenditures on longer prison terms for drug offenders, taxpayers have not realized a strong public safety return. The self-reported use of illegal drugs has increased over the long term as drug prices have fallen and purity has risen

Drug using behavior is not affected by harsh enforcement. Yet the commission’s proposed solutions are likely more of the same, only with additional harshness, totally deprived of the true healing potential of medical cannabis. The panel is off to a shaky start, already missing its first report deadline.

Dumbed down by cannabigotry and soon to oversee massive treatment defunding, the Trump opioid panel ship of fools may manage little more than their own sinking. Meanwhile over 1,000 Americans a week will breathe their last breath as opioids, especially fentanyl, shut down their respiration.