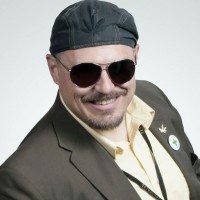 Almost every day I close the first hour of my weekday live marijuana news/talk-radio show in CannabisRadio.com with a segment I call the Radical Rant. Sometimes I focus my ire on a particular story of the day, other times I just wax poetic about a general concept. Here now are the ten Radical Rants I performed this year that give you the best perspective on my marijuana ideals:

Understanding The Spectrum Of High [2015 – 02 – 23 Mon] – One of the problems we have in selling marijuana legalization to the general public is that most of them have no idea what “high” is. I explain how the public has a completely different vocabulary and framing for alcohol vs. drugs.

Pot Is Not Pornography, Plutonium, Or PCP [2015 – 03 – 06 Fri] – As states legalize, they institute laws to regulate marijuana as if it were a radioactive naked woman on angel dust. I talk about how we can reduce some of the fearmongering about marijuana.

Legalization Is Not To Blame For PacNW MedMJ Reductions [2015 – 05 – 04 Mon] – As the medical marijuana states create recreational marijuana laws, medical advocates blame legalization for the restrictions in their world that were the results of their own excesses, not legalization.

Legalized Theft, The Corruption Of Civil Asset Forfeiture [2015 – 05 – 06 Wed] – A look at the disgusting policing-for-profit system known as civil asset forfeiture and what states are doing to curb its abuse.

Where Does Religious Cannabis Use Leave Atheists [2015 – 06 – 04 Thu] – Inspired by Christian activists who are fighting for a religious right to use ganja as sacrament, I wonder, if they are successful, will atheists be the only marijuana criminals remaining?

Just Split Oregon Into Two Sovereign States Already [2015 – 06 – 15 Mon] – How special interest lobbying in Oregon turned the state into two halves – the west side that has to obey statewide citizen initiatives and the east side that throws a temper tantrum until it doesn’t have to obey statewide laws.

The Insane Quest For A Stoned Driving Standard [2015 – 06 – 23 Tue] – On the news of Washington State researchers working on a marijuana breathalyzer, I discuss what a waste of time and a terrible injustice such a device would become.

No On I-502, Three Years Later [2015 – 08 – 12 Wed] – I examine all of the scaremongering the Stoners Against Legalization in Washington predicted from marijuana legalization that never came true.

Why The Reverence For Illegal Weed Dealers [2015 – 09 – 16 Wed] – I take on the lionization of black market weed dealers as altruistic rebels against “the man” and instead see them as profiteers exploiting the criminalization on marijuana consumers.

Pacific Northwest Cannabis Cafe Bans Are Counter – Productive [2015 – 12 – 03 Thu] – I explain to lawmakers how banning cannabis cafes will leave the region as the only legalized place in America where there aren’t such cafes, killing our potential marijuana tourism.