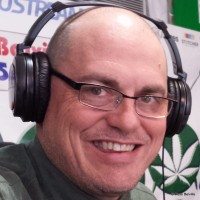 Every weekday from 3pm-5pm I host The Russ Belville Show on CannabisRadio.com. From almost two hundred episodes produced this year, here are my favorite ten marijuana interviews:

Barbara Humphries: I met this young woman in Dallas/Ft. Forth as she was fighting breast cancer with medical marijuana and becoming an outspoken advocate and activist to help others.

JennyRay McGee: This young woman found me in Portland, Oregon, as she was battling her medical conditions with cannabis, only to later travel to Kansas to visit her family and get busted.

Stu Titus: The CEO of Medical Marijuana Inc., embroiled in controversy over the sales of so-called “Real Scientific Hemp Oil”, a CBD-rich product made from industrial hemp that is allegedly legal in all 50 states.

David Posner: The CEO of Nutritional High, a company in the marijuana space that insists on drug-testing its employees.

Larisa Bolivar: Founder and Executive Director of the Cannabis Consumers Coalition, whose warnings about pesticide-contaminated cannabis products in Colorado turned out to be eerily prescient.

Jay Bakes: Owner of the Fresh Buds PDX dispensary in Portland, Oregon, who averted a weed riot on the first night of legal possession in Oregon by giving away free weed to a huge crowd way after midnight.

Dr. David Bearman: Member of the American Academy of Cannabinoid Medicine and author of the latest guidebook, “Drugs Are NOT The Devil’s Tools”.

Steve DeAngelo: Founder and CEO of Harborside Health Center and author of the new book, “The Cannabis Manifesto”.