The Fight Against Legal Cannabis Is About Big Money Interests 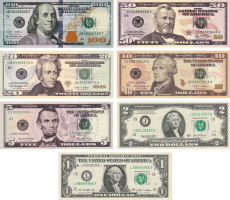 Cannabis opponents try very hard to make it seem like keeping cannabis prohibition in place is good for society for health reasons. They claim that legalization will result in increased consumption by youth, that it will cause mayhem on public roadways, and it will lead to increased drug use of harder drugs. Never mind the fact that since Colorado has legalized cannabis, youth consumption has decreased and traffic fatalities are at an all time low.

Prohibitionists even claim that ending cannabis prohibition is only about making people rich and ushering in a “Big Marijuana” industry. However, most of the people fighting to end cannabis prohibition are fighting for civil liberties and social justice issues. Not to mention the fact that the cannabis industry is much more likely to follow the microbrewery industry than Big Pharma or Big Tobacco. Ben Cohen co-founder of Ben And Jerry’s Ice Cream, effectively argues that many big money interests are fighting cannabis legalization due to their own financial interests. Per US News & World Report:

The crusaders against weed constitute a long list of suspiciously self-interested folks. Lobbyists work hard to secure for police departments millions of dollars in federal grants towards eradicating weed. Pharmaceutical companies compensate leading anti-marijuana researchers in order to keep their customers on painkillers over cannabis, which is cheaper. The prison-industrial complex would like to keep making money on building more prisons to fill with non-violent grass-smokers.

The alcohol and beer industries have also lobbied for years to keep marijuana illegal because they fear the competition that legalized weed would bring. Howard Wooldridge, an anti-drug war activist and retired cop told the online publication Republic Report: “Marijuana and alcohol compete right today as a product to take the edge off the day at six o’clock.”

Cannabis prohibition has failed in every measurable way. There is simply no logical reason to keep such a failed public policy in place. Doing so harms society, and helps keep cartels in business. It’s time that every state and every country took a new approach to cannabis policy. It’s time to legalize, tax, and regulate cannabis so that the emerging cannabis industry can help generate revenues for governments, to free up law enforcement resources so that they can be dedicated to fighting real crime, and to bring much needed jobs to areas that desperately need them.