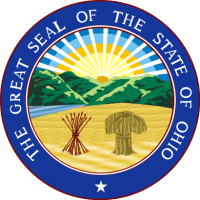 All this week I’ve been writing about Ohio Issue 3, the constitutional amendment vote in just seventeen days to legalize marijuana. But also lurking on the ballot on November 3 is Ohio Issue 2, the so-called “Anti-monopoly amendment” added by the Ohio legislature in a transparent attempt to defeat marijuana legalization in Ohio.

Ohio Issue 2, however, isn’t just to crash the Ohio Issue 3 in 2015, but to make the process of legalizing in 2016 and beyond more difficult if Ohio Issue 3 should fail.

The amendment has five points. The final point establishes original jurisdiction for the Ohio Supreme Court to review this amendment. Point 4 reads:

Prohibit from taking effect any proposed constitutional amendment appearing on the November 3, 2015 General Election ballot that creates a monopoly, oligopoly, or cartel for the sale, distribution, or other use of any federal Schedule I controlled substance.

It’s interesting that the Ohio Attorney General successfully argued to the Ohio Supreme Court that Issue 3’s grow plan should be described on its ballot summary as a “monopoly”. ResponsibleOhio, the Issue 3 campaign, countered that “monopoly” wasn’t accurate, as “mono” means “one” and there are ten competing properties with ten different owners that would grow marijuana under the plan. A more accurate term would be an “oligopoly” (market controlled by the rich) and a less accurate term would be a “cartel” (market controlled by few players that collude, which Ohio’s ten growers could not do without violating federal anti-trust laws).

The reason for the “monopoly” language is that “oligopoly” isn’t a term average folks recognize and “monopoly” sounds scarier to voters. “Monopoly” implies that just one company could be profiting from Ohio’s marijuana farms, like just one company profits from the four constitutional casinos passed in an actual monopoly amendment in Ohio in 2009.

Maybe you didn’t hear about that? Yes, the same guy who is proposing the 2015 marijuana Issue 3 was behind the 2009 casino Issue 3 that set up four casinos in Cincinnati, Cleveland, Columbus, and Toledo, all owned by Penn National Gaming. There was well over $45 million spent by Penn and Cleveland Cavaliers majority owner Dan Gilbert on that Issue 3, the greatest amount ever spent on an Ohio initiative.

You didn’t see the Ohio state legislature rush into session to propose an anti-monopoly amendment to compete on the 2009 ballot, did you? Nor did the legislature in 2010, 2011, 2012, 2013, or 2014 see fit to address what today they’re calling “galling” and “nauseating”. Somehow, one company buying an actual monopoly in which it runs the entire state casino industry didn’t spur them into action.

But as soon as ten investors put up $20 million to get marijuana legalization on the ballot, where they would profit only from the wholesale side of the industry, while creating thousands of jobs and hundreds of opportunities in the processing and retail side, suddenly there is a need to vanquish the anti-American forces of monopolization. Except for casinos; nothing about Ohio Issue 2 is going to affect the four casinos owned by one gaming company that have generated $809 million in revenue in 2014 alone.

So why, if the state has decided Issue 3 is a “monopoly” did it need to include “oligopoly or cartel” in its fourth point? And if the concern is investors getting rich, why was there a need to include “or other use”, which could be non-profit medical use? If the problem was marijuana, why include “federal Schedule I controlled substances”; was there a chance legalizing heroin, LSD, mushrooms, PCP, or ecstasy was going to make the ballot and pass in 2015?

The fact that the legislature would push an amendment specifically to defeat a concurrent amendment ought to be chilling enough. Issue 3 haters who warn me of setting a precedent don’t seem to mind this anti-democratic precedent being set. If you don’t like Issue 3, vote against it. But having an Issue 2 presents the possibility that the majority could support just ten marijuana grow sites, yet have it snatched away from them by the same Supreme Court that decided ten competing businesses equals a “monopoly”.

It gets worse with Point 1 of Ohio Issue 2:

Prohibit any petitioner from using the Ohio Constitution to grant a monopoly, oligopoly, or cartel for their exclusive financial benefit or to establish a preferential tax status.

The arbiter of this prohibition and the definitions therein is the Ohio Ballot Board, a bi-partisan group of two Democrats and two Republicans appointed by the leaders of the Ohio House and Senate plus the Secretary of State. It’s up to these five to decide what exactly an “oligopoly or cartel” is, what an “exclusive financial benefit” is, and what “preferential tax status” is.

Suppose I propose a medical marijuana initiative for 2016 that calls for funding of cannabis research at Ohio’s universities and provides tax-free medicine to cancer patients or allows them to grow their own medicine. Are the universities a “cartel” gaining the “exclusive financial benefit” of research funding? Are patients not having to pay a sales tax getting a “preferential tax status”? Do you want that decided by the Ohio Ballot Board?

Prohibit any petitioner from using the Ohio Constitution to grant a commercial interest, right, or license that is not available to similarly situated persons or nonpublic entities.

Now we’re not just prohibiting monopolies, oligopolies, and cartels. Now we’re prohibiting commerce if it isn’t equal for everybody and every company. So does my imaginary 2016 medical marijuana initiative grant Ohio universities a right to study marijuana that it’s not granting to private researchers? Do my cancer patients gain a commercial right to purchase marijuana that isn’t granted to similarly situated patients with non-qualifying conditions or even healthy people? Do you want that decided by the Ohio Ballot Board?

Point 3 explains what happens when the Ballot Board decides you’ve crossed the line:

Require the bipartisan Ohio Ballot Board to determine if a proposed constitutional amendment violates the prohibitions above, and if it does, present two separate ballot questions to voters. Both ballot questions must receive a majority yes vote before the proposed amendment could take effect.

Maybe that’s no big deal. Medical marijuana is extremely popular. Maybe the hurdle of getting two majority votes in the same election rather than one isn’t too hard to clear. Maybe the Ballot Board looks the other way when it comes to cancer patients instead of potheads.

But language this vague and wide-open combined with a small mostly-unelected partisan board in a conservative state whose lawmakers still believe reefer madness makes me leery of handing them any of the power citizens have in Ohio to implement initiatives. They’ve already twisted the definition of “mono” to mean “ten”; how far would they torture English to stymie the next tax-and-regulate proposal for marijuana legalization in Ohio?

The initiative process is precious. Twenty-six states don’t even have it. Some states that do have a much more arduous process (Illinois) and higher hurdles (60% in Florida) to clear. Don’t let the legislature’s hasty subterfuge of marijuana legalization this year be the Trojan Horse that undermines your initiative process not just for the next marijuana proposal, but any initiative lawmakers want to defeat.