Tell the FDA and International Community You Support CBD! 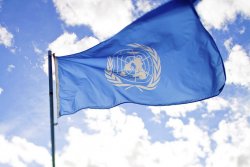 It’s a quick turnaround, but I just learned that the United States Food and Drug Administration (FDA) is taking comments for recommendations on wording it plans to give in the near future to the World Health Organization (WHO). The comments will be reviewed in advance of a report regarding a number of controlled substances which WHO will be issuing for the United Nations Secretary-General later this fall. One of those substances is cannabidiol (CBD), one of the most actively therapeutic components of cannabis.

“Section 201 of the CSA (21 U.S.C. 811) (Title II of the Comprehensive Drug Abuse Prevention and Control Act of 1970) provides that when WHO notifies the United States under Article 2 of the Psychotropic Convention that it has information that may justify adding a drug or other substances to one of the schedules of the Psychotropic Convention, transferring a drug or substance from one schedule to another, or deleting it from the schedules, the Secretary of State must transmit the notice to the Secretary of Health and Human Services (Secretary of HHS). The Secretary of HHS must then publish the notice in the Federal Register and provide opportunity for interested persons to submit comments that will be considered by HHS in its preparation of the scientific and medical evaluations of the drug or substance.”

We need to act fast, but there’s still time to make our voices heard: THE DEADLINE TO SUBMIT COMMENTS IS WEDNESDAY, SEPTEMBER 13TH! This is a great and easy form of activism, and I would encourage all of our readers and supporters to send a quick comment to let the FDA know that you recognize, along with thousands of scientific studies, CBD is a medically therapeutic substance. CLICK HERE TO SUBMIT A COMMENT.

National and international laws should catch up to science and reflect the reality that most US (and other) citizens recognize: cannabis is a safe and effective medicine!

Keep up with the latest happenings in global cannabis policy at the International Cannabis Business Conference! Our next event is happening December 1-3, 2017 in Kauai, Hawaii! Get your early bird tickets today!

Photo courtesy of sanjitbakshi via flikr.