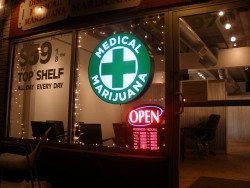 As a growing number of U.S. states reform their marijuana laws, new data emerges about the consequences of those reforms. According to a recent study, not only has the sky not fallen in states with legal marijuana, but these states have actually seen their drug problem decrease significantly.

The study, organized by researchers from the RAND Corporation and the University of California-Irvine, found that “in the years following legalization, states that legalized marijuana had experienced reductions in fatal overdoses and addiction treatment center admissions relating to opioid abuse,” but only in states which allow for legal dispensing of marijuana for medical purposes.

Opioids, such as morphine, are opium-derived drugs commonly prescribed as painkillers, and their use is a growing health concern in the United States, as the drugs are known for their addictive potential and can be deadly if overdosed. For the past 15 years, Americans have been using more of these drugs, causing the number of overdose deaths to skyrocket:

Prescription painkillers are highly addictive and deadly — they killed more than 16,000 people in 2013, according to the Centers for Disease Control and Prevention’s latest numbers. In the U.S., drug overdoses kill more people than suicide, guns or car crashes. The CDC now calls prescription painkiller abuse an “epidemic.”

According to the new study, states with legal medical marijuana had overall lower rates of opioid-related harm. Compared to states without medical marijuana, these states tended to have lower rates of substance abuse admissions as well as fewer deaths caused by opioid-induced overdose. The study also found that while drug-related harm was noticeably lower in states which allow for marijuana dispensaries, there was no significant difference in states that did not:

They found that the presence of marijuana dispensaries was associated with a 15 to 35 percent decrease in substance abuse admissions. Opiate overdose deaths decreased by a similar amount. “Our findings suggest that providing broader access to medical marijuana may have the potential benefit of reducing abuse of highly addictive painkillers,” the researchers conclude.

This research suggests that policymakers and activists can reduce the drug problem in their community by providing access to medical marijuana. The study’s findings highlight that for these improvements to take place, the law must not only legalize the use of cannabis-based medicines, but also make these remedies accessible to patients who need them, including people suffering from chronic pain.