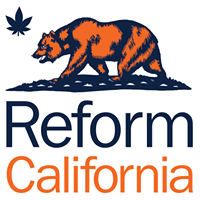 All eyes are on California as the 2016 election looms large. Legalization of marijuana in the Golden State, many observers believe, will be the tipping point for eventual nationwide legalization. If California prohibition falls, the rest of the states will tumble like dominoes. However, if California legalization fails, it could derail or forestall other states’ legalization efforts.

Last week I detailed the legalization efforts already underway in California and noted that ReformCA, the Coalition for Cannabis Policy Reform, is gearing up to be the best supported and funded effort to legalize in 2016. But I also noted, neutrally, the other six efforts gearing up for legalization, with a short summary of each and a link to its ballot language.

Some have criticized my article as backing ReformCA without yet seeing its unreleased language and that may be fair. Who knows, they could come out arguing for unlimited possession and cultivation by anyone over the age of twelve with mandatory toking and driving! But knowing the people backing ReformCA, I know that what they submit will be sensible, conservative language that will probably allow for amounts similar to what’s legal in four other states now.

What I do know will not pass is language that would allow for recreational use of 1.5 pounds, 5 pounds, or as the perennial Jack Herer Initiative, CCHI, proposes, 12 pounds and 99 flowering plants. Of course, whenever I reject CCHI, I am reminded by its zealots that Californians support CCHI by 56 percent, according to polls!

“When read a summary of the initiative’s official ballot description, 56% say they are inclined to vote yes, while 39% would vote no. Just 5% have no opinion.”

So, what was that official ballot description?

“A new statewide ballot initiative calls for decriminalizing the possession, use and cultivation of marijuana in California…”

The word “decriminalizing” already adds points, as voters perceive that as less allowance than “legalizing”.

So far so good.

“…If the election were being held today and you were voting on this marijuana legalization initiative, would you vote YES or NO?”

So, no indication that the legalization they’d be voting for would allow for 12 pounds and 99 plants? So, in 2013, just after Colorado and Washington had legalized a mere ounce and only three mature plants in Colorado, we asked a bunch of Californians if they’d like to legalize, and we told half of them it would make hundreds of millions of dollars? Do you suppose they assumed we’re talking about a mere ounce and a handful of plants, or do you suppose they told the pollster “Wait a second,” ran to the internet, looked up CCHI 2014, saw 12 pounds and 99 plants, and returned to say “YES!” in a 56 percent majority?

If CCHI had any money, they could commission a fair poll that asks “A California initiative for 2016 proposes to legalize marijuana in the amounts of 12 pounds of personal marijuana possession and cultivation of 99 marijuana plants for all adults, would you vote YES or NO?” But they won’t even if they had the money, because they wouldn’t like the numbers they got back.

The only reason I bring this all up is because there is a lot of enthusiasm and effort being put toward CCHI that is also geared up to demonize whatever realistic legalization actually makes the ballot. They’ll say idiotic tripe like passing realistic legalization is “prohibition lite” – seriously, I get people who’ll react to proposed legalization of X amount with “yeah, but people with X+1 amount will still be busted!” Never mind that following legalization of “just” an ounce in Washington and Colorado, arrests for ALL amounts of marijuana declined dramatically (down 63 percent in Washington, down 80 percent in Colorado).

Or they’ll bark “it’ll be an Oakland monopoly!” or “it’ll be corporate weed!” when describing a legalization that requires licensing and regulation and taxation (you know, like every other commodity in the United States). In other words, the same kind of circular firing squad they formed in 2010 to help defeat Proposition 19 – medical marijuana profiteers, greedy growers, and the politically naïve.

Whatever the argument, there’s always a reason for Stoners Against Legalization to vote against anything that isn’t True Legalization™. These guys would be the slaves in 1859 calling for immediate emancipation, civil rights, and the election of the first black president while fighting the other efforts to end slavery because those wouldn’t result in True Freedom.

Support whatever legalization you prefer, but don’t oppose any legalization that makes the ballot. Progress takes steps – it took Jim Crow to get to the Civil Rights Act, it took a six-day work week to get to paid vacations and minimum wage, and it took civil unions to get to gay marriage. Prohibition wasn’t built in a day and it won’t be ended by a single ballot initiative.