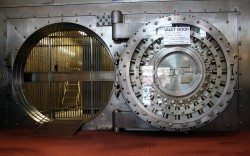 I want to sincerely thank Oregon Senator Jeff Merkley for leading the way on bipartisan, common amendment that allows banking access to state-regulated cannabis businesses. Senator Merkley understands the dangers that the banking prohibition has on businesses. Not only does large amount of cash present an enticing opportunity for thieves, but also provides ample opportunity for money laundering and tax evasion.

From Tom Angell over at Marijuana.com:

The measure is now attached to the Fiscal Year 2017 Financial Services and General Government Appropriations Act, which heads to the Senate floor.

In a brief debate ahead of the vote, amendment sponsor Sen. Jeff Merkley (D-OR) said that not allowing marijuana businesses to store their profits in banks is a public safety threat.

Allowing banking services to businesses operating legally under state law should be a no-brainer.  Three Republicans joined 13 Democrats, as the banking amendment passed the committee vote by a narrow 16-14 margin. One big question: Why did California Senator Dianne Feinstein vote “No” along with 13 Republicans?

Cannabis commerce already generates more than a billion dollars in sales annually in the Golden State, and that is only medical. If legalization passes this November, then California cannabis commerce will dwarf the sales of other states.

I hope that Democratic primary voters choose a candidate that better represents Californians. Denying banking access to cannabis businesses is a harmful and dangerous policy and Senator Feinstein should be held accountable.