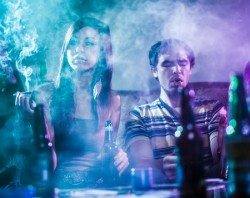 WASHINGTON, D.C. – A new Gallup poll finds that over one in eight American adults are current marijuana smokers. The poll found that 13 percent of adults admit to being current cannabis consumers, up from 7 percent who admitted that just three years ago. That means there are currently 33 million marijuana smokers in the United States, outnumbering the population of Texas. While some increase in marijuana smoking has been determined to be the result of marijuana legalization in now four states and medical marijuana tolerance in 25 states, some of the increase may actually represent adults who have always been consuming cannabis but lying to pollsters about it. Marijuana use is highest in the West, with 14 percent admitting use, lowest in the South, with only 6 percent admitting use. Nine percent of adults in the Midwest and East admit to currently using cannabis.

WASHINGTON, DC – Lost in all the hullaballoo over the WikiLeaks revelations of Democratic National Committee favoritism for Hillary Clinton is email evidence that the alcohol industry is actively working to fund junk science on marijuana and driving. Tom Angell of Marijuana Majority uncovered the email that contained an attachment to a Beltway-insider newsletter called “Huddle”. In that May 24 edition, the Wine & Spirits Wholesalers of America claim neutrality on the issue of marijuana legalization, but then they urge Congress to fund the FAST Act, which is legislation intended to study and develop a roadside impairment testing technology for police to use similar to a breathalyzer for alcohol. The THC in marijuana does not act like alcohol in the bloodstream, leading the National Highway Traffic Safety Administration to declare that it is “inadvisable” to determine driver impairment by body fluid testing alone.

NEW YORK CITY, New York – Despite pledging to reduce low-level marijuana arrests while campaigning, there has been yet another increase in New York City marijuana arrests under Mayor Bill de Blasio. During the first half of 2015, the city recorded 7,236 arrests. During the first half of this year, the arrests total 9,331. Last year was the first year since 1996 that citywide marijuana arrests were below 17,000. The year before, arrests topped out over 26,000. First-half 2016 figures predict an increase in annual arrests for the first time in three years, but annual arrests are still two-thirds lower than the peak of almost 51,000 in 2011. New York City marijuana arrestees are still largely black and Latino, with whites accounting for only 9 percent of those arrested. Enforcement targets lower income residential areas, like Harlem or Alphabet City neighborhoods, while leaving residents of high-end districts like Wall Street and east and west sides of Central Park free to enjoy a surreptitious toke now and then.