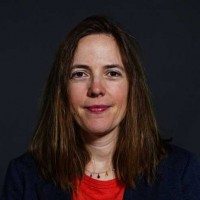 After working on cannabis law reform for over 15 years, I have seen a sea change in the way that the media covers marijuana. For those that go back even further with the movement, the change is even greater. Marijuana is in the media every single day across all formats and types of media; on the radio; in print; on TV; of course, on the internet; on alternative media sources; and on mainstream media outlets. Not that long ago, we could expect relatively favorable coverage of the issue from alternative weeklies, albeit with snarky headlines that made some joke or pun, while the mainstream news source would sensationalize the issue and blow issues out of proportion.

The times have changed, for the better in my opinion, where more and more media outlets are taking more of a neutral look at the issue. Alternative weeklies, while overall supportive, aren’t afraid to ask tough questions. Many mainstream news outlooks have gotten past the dramatic, over-the-top sensational stories and are reporting on new scientific studies demonstrating that marijuana isn’t as harmful as previously declared. Of course, decades of Reefer Madness media coverage hasn’t gone away immediately and it is important that we continue holding the media accountable.

In 2010, I helped organize a protest of The Oregonian because its coverage of medical marijuana was offensive, going so far to put quotes around “medical” as if there weren’t any medicinal benefits to cannabis. I am not a fan of protests usually as I think that the time, energy and resources are best utilized elsewhere, but in this case the protest was warranted and ultimately successful as the quotes around medical ended. Fast forward to 2014, and The Oregonian endorsed the Measure 91 legalization measure.

Likely due to the demographics of their readers, The San Francisco Chronicle and The Denver Post have blogs devoted to marijuana news and culture, Smell the Truth and The Cannabist, respectively. While The Oregonian hasn’t launched a separate blog (yet), the Northwest’s largest paper does have an experienced reporter, Noelle Crombie, covering marijuana news and you can see the latest marijuana news pertaining both to Oregon and the world at large at www.oregonlive.com/marijuana (I certainly read it every day). The Cannabist’s Ricardo Baca and Smell the Truth’s Dean Arbit and David Downs spoke about marijuana and the media at the recent International Cannabis Business Conference (ICBC) and I am so pleased that Noelle Crombie will be speaking about the media’s marijuana coverage at the upcoming Oregon Medical Marijuana Business Conference (OMMBC) on March 15th in Eugene on a panel along with Doug McVay and 420Radio.org’s Russ Belville (who also blogs here at Marijuana Politics.)

Noelle Crombie, who worked for The Day in New London, Connecticut previously, has covered cannabis issues the last three years at The Oregonian. Before marijuana issues became her beat, she covered crime and federal courts. Crombie has also hosted marijuana-related events for The Oregonian’s Speaker Series. She and cannabis business attorney Hilary Bricken tackled Washington State’s legal marijuana system and its implications for Oregon last August. I was fortunate to be a panelist on a marijuana legalization forum that she hosted following the passage of Measure 91 last November. Crombie and I shared the small screen as guests on KATU’s Your Voice, Your Vote last November to discuss Oregon’s next steps after 56% of voters voted to legalize, regulate and tax marijuana.

I am often asked what I think about Noelle Crombie’s coverage of marijuana, and while I don’t necessarily agree with everything she prints, I honestly answer that I feel she is doing her best to be unbiased and fair (you can’t really ask for anything more than a staff reporter). I am looking forward to her take on marijuana and the media at the OMMBC and advocates and entrepreneurs alike can certainly learn a lot of valuable information about how the media covers marijuana at this conference. The media shapes how consumers and voters see the world while sometimes reflecting the world and I don’t think that it’s a coincidence that media coverage has gotten more fair when marijuana is becoming more mainstream. Whether the media is shaping public opinion or public opinion is shaping the media, it is important to understand the work they do and the decision making process that goes into the news stories published.