Oregon Legislature Should Listen to the Will of the Voters 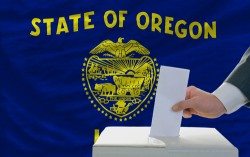 It is simply galling that some members of the Oregon Legislature are attempting to simultaneously decrease the number of patient gardens and allow cities and counties to opt-out of licensed and regulated medical marijuana dispensaries, hurting patients’ safe access to medicine across the state. Insultingly, some of these same politicians then question the motives of patients and advocates that simply want the Oregon Medical Marijuana Program to remain intact until after Measure 91’s licensed recreational market gets implemented towards the end of 2016. Shamefully, some politicians then don’t consider the emotional impact upon patients suffering through chemotherapy and battling cancer, when they, without any proof, cast aspersions upon the entire program, declaring “that a lot of the people with medical marijuana cards don’t actually have medical needs.”

State Senators Ginny Burdick and Jeff Kruse have decided to insult the intelligence of patients and advocates by claiming that opponents and critics of Senate Bill 844 are unduly influenced by financial interests or haven’t taken the time to read the 89 or more pages that now make up SB 844 after more than 25 amendments have now been proposed. Conveniently, these Salem politicians ignore the financial interests of the big money business interest groups and lobbyists that have been seeking to dismantle the OMMP as we know it this entire legislative session. The OMMP was implemented after a very strong majority of Oregon voters during an off-year election way back in 1998 and the law has evolved rapidly recently with the implementation of state medical marijuana dispensaries and now legalization for all adults. Thankfully, we have some great legislators seeking a more “moderate steps” than Burdick and Kruse, standing up for sick and disabled patients, sensibly skeptical of any provisions that may hurt patients or go against the will of the voters.

While the program could use some improvements, it is working relatively well, providing medicine at a low cost or even free to thousands of patients across the state. Additionally, the OMMP is financially self-sufficient, operating from fees collected from patients and dispensaries, generating several millions of dollars each year for other state programs. The burden of proof should be on those that are seeking new regulations and restrictions of a revenue-generating state program that benefits the lives of thousands of patients battling severe and debilitating medical conditions.

Where is the proof that the OMMP needs reform now? Doesn’t it make more sense to wait until February of 2017 to re-evaluate both the OMMP and Measure 91 systems? It may be easy for those that dismiss many patients as fakers to decrease patient gardens and allow city councils and county commissions to deny safe access points, but those most familiar with the OMMP and its patients understand the value of this medicine and this program.

No one denies that reforms may need to be made, but we do deny that there has been sufficient proof that a decrease in patient gardens and allowing local opt-outs of medical dispensaries are necessary. A money-making state program, that has thousands of supporters willing to take time out of their busy lives to contact their legislators and make their voices heard, the Oregon Legislature should listen to the will of the voters and not impose any unnecessary restrictions upon patients’ gardens and safe access points.

No Democrat like Ginny Burdick or Republican like Jeff Kruse campaigned on the need to restrict the Oregon Medical Marijuana Program and patients’ access to medicine. Despite much misinformation and really Reefer Madness propaganda, the OMMP is very popular with voters and more than 56% of voters just supported a legalization measure that mentions several times that the OMMP would not be impacted by the legalization measure.

Unfortunately, some members of the Measure 91 Implementation Committee are ignoring the will of the voters and using a committee established due to the Measure 91 legalization measure to regulate the OMMP, without any proof that such regulations are needed. Due to the popularity of Measure 91 and the OMMP, many voters will likely take into account attacks upon patients’ medicine and well-being. Attacking the OMMP and patients’ safe access didn’t go well for the well-financed Dwight Holton in his run for Oregon Attorney General and it may not play well in primaries and general elections for other candidates in races across the state, or even state-wide.

Thank you Oregon patients and concerned citizens! I won’t insult your intelligence like some law makers and accuse you of mindless following others. Unlike most legislators, you actually have real-world experience with the OMMP and know the importance of our hard-fought laws. I understand that it takes some courage and dedication to send an email to an elected official or give their office a call to speak your mind. You stand with patients and advocates that have waited long-enough for moratoriums of medical cannabis dispensaries to end. You stand for the most vulnerable among us, those battling severe and debilitating medical conditions, along with poverty. You made your voices heard with thousands of emails and hundreds of phone calls and have really done all that you can to protect patients’ safe access and the OMMP. It is now up to Oregon legislators to heed the will of the voters, implement Measure 91 to the text of the measure, and maintain the Oregon Medical Marijuana Program.