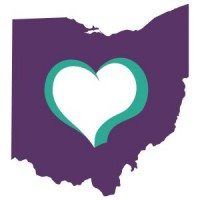 Ohio’s marijuana legalization attempt last year went down in flames as the ResponsibleOhio measure that split the cannabis law reform movement garnered only 36% of the vote in 2015. Now that ResponsibleOhio is officially dead, a new group, Ohioans for Medical Marijuana, led by the national Marijuana Policy Project, is attempting to place a medicinally measure on the November 2016 ballot.

A 2015 Quinnipiac University poll found that a whopping 84% of Ohio voters support the legalization of medical marijuana, demonstrating that the Ohioans for Medical Marijuana measure has a great chance of passing at the ballot box this year. Qualifying for the ballot is likely going to be more difficult than winning at the ballot box as over 300,000 valid signatures must be collected in just a few months. The Marijuana Policy Project has a lot of experience qualifying for statewide ballot initiatives, so if any group can help lead the effort, it is MPP. For the sake of Ohio’s sick and disabled patients, here’s hoping that the medical measure is successful.

Here’s the press release just issued by Ohioans for Medical Marijuana on the certification of their initiative:

Ohioans for Medical Marijuana must collect 305,591 valid signatures of Ohio voters by early July to qualify for the November ballot; the proposed measure would allow patients with debilitating medical conditions to legally access medical marijuana if their doctors recommend it

COLUMBUS, Ohio — The Ohio Ballot Board certified an initiative on Thursday that would establish a comprehensive medical marijuana program in Ohio. The five-member board reviews proposed ballot measures to ensure they represent only one issue.

The summary and full text of the initiative are available online at https://www.ohioansformmj.org/initiative.

“We plan to mobilize a large group of volunteers, and we’ll be enlisting the help of paid petitioners to meet the state’s sizeable signature requirement in the short amount of time we have,” said Mason Tvert, communications director for the Marijuana Policy Project, which is supporting the initiative. “A lot of our volunteers are family members of patients or patients themselves, so they’re incredibly motivated. The initiative process isn’t easy, but it pales in comparison to undergoing chemotherapy or witnessing your child have seizures on a daily basis.”

“I’m excited to let voters know about this initiative and why it’s so important to me,” said Amanda Candow, a multiple sclerosis patient in Mentor who plans to volunteer for the campaign. “I’m particularly interested in sharing my story with folks who are still skeptical about medical marijuana. My friends and neighbors already know how much this law would help patients like me.”

Ohioans for Medical Marijuana is supporting a 2016 ballot initiative to establish a comprehensive medical marijuana program in Ohio. For more information, visit https://OhioansForMMJ.org.