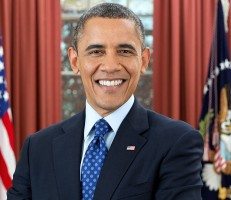 President Obama was expected to make great progress on marijuana law reform as candidate Obama certainly gave the cannabis community hope that we were electing a federal administration that would be smarter on drug policy. Unfortunately, the early years of the Obama Administration were a bit of a disappointment as medical marijuana arrests and prosecutions continued and even expanded for a bit during the first few years of President Obama’s tenure. Following some initial disappointment, President Obama hasn’t exactly led the movement, but he has made several positive policy decisions, helping continue our momentum federally and across the country. From the Justice Department policies of allowing states and Native American reservations to move forward with legalization, President Obama has commuted the sentences of nonviolent Drug War prisoners and has now eased restrictions to medical marijuana research.

Medical marijuana research has been stifled by a multitude of federal restrictions and hoops to jump through. Cannabis advocates have been stuck in a Kafkaesque situation where elected officials and prohibitionists claiming that not enough medical marijuana research has been conducted while federal law and policies have made the much-needed research extremely difficult, if not impossible to achieve. Thankfully, one of the barriers has been removed as the Obama Administration has just announced that the federal government would remove the Public Health Service Review. Removing one of the federal obstacles won’t end all of the hurdles needed removing, but it is yet another step forward by the Obama Administration and just the latest positive development for the cannabis community.

Of course, the Drug Policy Alliance is on top of the latest marijuana policy development and issued a press release shedding light on the latest positive move by the Obama Administration:

In a long-sought move anticipated by many marijuana reform advocates, the White House today announced that it was removing a major obstacle to marijuana research – the Public Health Service (PHS) Review. “This announcement shows that the White House is ready to move away from the war on medical marijuana, and enable the performance of legitimate and necessary research,” said Bill Piper, Director of Drug Policy Alliance’s Office of National Affairs. “This is progress, but the White House should also end the NIDA’s unique monopoly on marijuana production, and allow private entities to grow marijuana, thus facilitating even more important research.”

Marijuana advocates have called for years for the elimination of the PHS review, and its elimination was included in the CARERS Act, the groundbreaking medical marijuana bill introduced in the Senate this year by Senators Booker, Paul and Gillibrand. The research section of the bill also calls for an end to NIDA’s monopoly on marijuana production. This move by the Obama Administration comes just days before a June 24 Senate hearing on medical marijuana. On Friday, the Senate Caucus on International Narcotics, chaired by Chuck Grassley (R-IA) announced a hearing entitled “Cannabidiol: Barriers to Research and Potential Medical Benefits.”

“There’s huge momentum surrounding marijuana reform, and this is just the latest example. This year we have seen the introduction of the CARERS ACT, passage of amendments in the House and Senate to stop federal interference in medical marijuana, a hearing on medical marijuana and this positive step from the White House, said Bill Piper. “Our objective of moving the CARERS Act piece by piece is bearing fruit, and there will be more to come this year.”

Largely out of public view, for more than four decades DEA and NIDA/PHS have blocked drug development research by maintaining a government monopoly on the supply of marijuana that can legally be used in research. This frustrating reality belies the recent pronouncements of pundits and policymakers implying that the FDA has already dismissed the medical benefits of marijuana or that proponents have simply failed to explore FDA approval.  While there is a plethora of scientific research establishing marijuana’s safety and efficacy, the specific FDA clinical trials necessary to bring the marijuana plant to market as a prescription medicine have been obstructed.

Marijuana remains the only Schedule I drug that DEA prohibits from being produced by private laboratories for scientific research. Although DEA has licensed multiple privately-funded manufacturers of all other Schedule I drugs, it permits just one facility, located at the University of Mississippi, to produce marijuana for research purposes. This facility, under contract with NIDA, holds a literal monopoly on the supply of marijuana available to scientists, including researchers seeking to conduct FDA-approved studies of the plant’s medical properties — studies that, of course, squarely conflict with NIDA’s mission to study drug abuse.  Unlike research with any other drugs, until now all protocols had to be approved by PHS and NIDA.

Currently, 23 states, the District of Columbia and Guam have legalized marijuana for a variety of medicinal purposes – and an additional 16 states have passed laws to allow access to CBD oils, a non-psychotropic component of marijuana that has proven uniquely effective in managing epileptic seizures that afflict children. Four states – Alaska, Colorado, Oregon and Washington – have legalized marijuana like alcohol. In 2016, voters in Arizona, California, Maine, Massachusetts, and Nevada are expected to decide ballot initiatives on the question of legalizing marijuana for adult use. A slew of recent polls show that significant majorities of both Democrats and Republicans strongly believe that the decision of whether and how to regulate marijuana should be left up to the states.