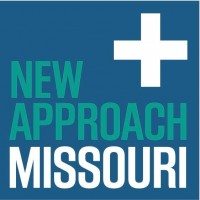 Over 60% of Missouri voters support the legalization of medical cannabis and hard-working activists at New Approach Missouri seemingly gathered enough signatures to place a medical measure on the 2016 ballot. Unfortunately, more than 10,000 signatures were disqualified in the 2nd congressional district, leaving the campaign just over 2,000 valid signatures short. New Approach Missouri will now take the political fight to the courts, hoping that voter intent will prevail.

As someone that has had to sweat out a couple of successful signature gathering efforts in both Oregon, I feel for these activists, and the patients and concerned citizens that are hoping to have medical cannabis on the ballot this year. Missouri’s signature gathering requirements are rather strenuous, forcing campaigns to collect so many signatures in several congressional districts. Oregon, in contrast, simply relies upon a bulk number of signatures, not mandating that signatures come from different areas of the state. Here’s hoping that Missouri courts will see that this medical measure does indeed belong on the ballot, for the sake of thousands of sick and disabled Missourians that would benefit from medicinal cannabis.

A message from the campaign was sent out to supporters today:

As a campaign supporter, I wanted you to hear this important campaign update directly from me.

Medical Marijuana Ballot Initiative Campaign Will Ask Courts to Overturn Invalidated Signatures, So that Measure Can Appear on November Ballot

We announced today that we will go to court this month to overturn invalidated signatures, so that our medical marijuana measure can appear on the November ballot in Missouri. Multiple ballot initiative campaigns have successfully gone through this effort to get back on the ballot over the last decade in Missouri.

“The citizens overwhelmingly want Missouri to be the 26th state to allow state licensed physicians to recommend medical marijuana to patients with debilitating illnesses,” said Jack Cardetti, New Approach Missouri spokesman. “Later this month, we will ask the courts in Missouri to overturn some of these invalidated signatures, so that this initiative can appear on the November ballot, and more importantly patients suffering from everything from cancer to epilepsy will finally have another treatment option. Courts have long held in Missouri that they want voters to make these final decisions.”

An initial review of signature totals from the six congressional districts we collected this Spring shows that the campaign currently has more than enough valid signatures in every district, except for Missouri’s second congressional district. In that district, which is made up of parts of Jefferson, St. Charles and St. Louis counties, local election authorities invalidated approximately 10,700 signatures, leaving the campaign roughly 2,200 short of the 32,337 signatures required in that district. We don’t believe the local election authorities in this district unnecessarily invalidated these signatures out of malice, but rather the errors were made by overworked staff and temporary employees that are brought in to handle the validation process for this year’s five initiative petitions.

Recent polling indicates that if the initiative is on the November ballot in Missouri, it is likely to pass. A poll released July 15 from the national Public Policy Polling showed that 62% of Missourians would vote yes on the initiative, compared to only 27% that were opposed. Likewise a poll from the Marijuana Policy Project conducted July 25-27 showed that Missourians support the initiative by a margin of 66-27%.

The proposal would allow only state licensed physicians to recommend medical marijuana to patients with cancer, epilepsy, PTSD, multiple sclerosis, Alzheimer’s, spinal-cord injuries and other serious or debilitating medical conditions. The state would license and regulate those who are allowed to cultivate and dispense medical marijuana. The measure would maintain the prohibition of marijuana use in public and operating a motor vehicle under the influence of marijuana.

Under the proposal, medical marijuana sales would be taxed at 4%, which is estimated to generate roughly $20 million annually for veterans’ health care services in Missouri.
Thanks for your support,