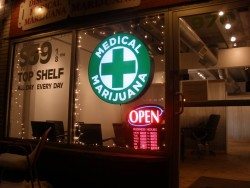 Medical cannabis dispensaries are coming to Nevada very soon. Nevada patients have been waiting a long time for legal, safe access. The stakes in Nevada are very high due to the fact that Nevada dispensaries will be allowed to sell to out of state patients.

There is a battle brewing in Nevada between the state officials and Clark County officials. Per Marijuana Business Daily:

A Nevada judge has ruled that the process state officials used to select businesses to dispense marijuana in unincorporated Clark County was fair, paving the way for dispensaries to open as early as next month.

Five prospective dispensary owners filed a lawsuit after receiving approval to operate by the county but not the state, asking for an injunction that would delay the opening of MMJ centers in unincorporated areas of Clark County. But District Court Judge Kathleen Delaney said that the state followed all regulations when selecting 18 applicants that received preliminary permits, according to KLAS TV in Las Vegas.

The county, however, is firing back. On Monday, the Clark County Commission denied 58 applications for dispensary licenses, including a handful the state had already approved.

I have seen many would be dispensary owners cry foul when they don’t get approved for a license. However, I have never seen a showdown between a county and state due to licensing dispensaries. I’m curious to see how far Clark County will go to defend the dispensaries that they approved, and disrupt efforts by dispensaries that they denied. Hopefully for the sake of patients, this issue gets resolved sooner than later.