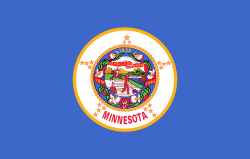 The United Food & Commercial Workers (UFCW) Union has been one of the strongest political forces working to end cannabis prohibition across the country. The UFCW has unionized medical cannabis workers in California and the union put its considerable political clout into the successful Oregon Measure 91 legalization measure. The UFCW has just announced that they have unionized one of Minnesota’s medical production facilities and is in talks to unionize the other facility.

Bernie Hesse, an organizer with UFCW Local 1189, says his union is also talking to LeafLine about organizing staff at its facility in Cottage Grove.

The contract at Minnesota Medical Solutions calls for the head cultivator to earn $2,200 a week. Pharmacy, horticultural and laboratory technicians will make $22 an hour. Custodians will make $18 an hour.

July 1st is the first day medical cannabis can be dispensed in Minnesota.

While it is great to see medical marijuana law reforms across the country, Minnesota’s law needs to expand to adequately benefit patients. Minnesota’s Legislature passed a bill last year to legalize medical cannabis in certain limited forms. The bill created one of the most strict medical marijuana programs in the country. Smoking medical cannabis is prohibition. Patients can only vaporize cannabis, or ingest via edibles or other non-smokable means. All cannabis will have to be purchased through licensed outlets, which will be limited to a small handful which likely won’t open until 2016.

The list of qualifying conditions is very low compared to some older programs in America. But it sounds like Minnesota’s Governor is open to the idea of expanding the list, but isn’t willing to allow smokable flower. Per the Albert Lea Tribune:

Dayton said he’s willing to consider expanding the list of qualifying health conditions for patients looking to access medical marijuana, but he won’t budge on the prohibition against smoking the drug for medicine or otherwise. “If there are people with medical needs that could be helped with what we will be producing next year then I am certainly willing to consider that in the coming session,” he said.

Minnesota’s medical marijuana program is too young right now to know what level of success it will experience. However, it’s safe to say that the program’s success will never reach it’s full potential until more patients can qualify for the program via added conditions, and be able to grow medical cannabis on their own. There are currently only two entities licensed to grow cannabis in Minnesota, which means if one or both don’t do it right, it will cripple safe access, which is obviously harmful to patients.