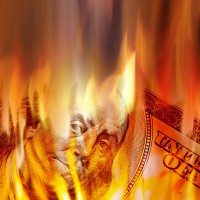 The federal government is still spending millions of dollars eradicating marijuana plants, even spending money in states that have legalized cannabis. While law enforcement officials have claimed that they need these funds to help battle cartels, some members of Congress state that historical data shows that a vast majority of plants eradicated under Uncle Sam’s marijuana eradication program are merely wild plants descended from industrial hemp. These members of Congress are hoping to cut the marijuana eradication budget by half (very happy and not surprised to see my representative, Congressman Earl Blumenauer, as a signer to the letter). The fact that a group of House Democrats are wanting to slash the Drug Enforcement Administration’s budget is just the latest bit of bad news for the DEA as Christopher Ingraham of The Washington Post reports:

The chief of the agency stepped down in April under a cloud of scandal. The acting administrator since then has courted ridicule for saying pot is “probably not” as dangerous as heroin, and more recently he provoked 100,000 petition-signers and seven members of Congress to call for his head after he called medical marijuana “a joke.”

This fall, the administration earned a scathing rebuke from a federal judge over its creative interpretation of a law intended to keep it from harassing medical marijuana providers. Then, the Brookings Institution issued a strongly worded report outlining the administration’s role in “stifling medical research” into medical uses of pot.

Unfortunately for the DEA, the year isn’t over yet. Last week, a group of 12 House members led by Ted Lieu (D) of California wrote to House leadership to push for a provision in the upcoming spending bill that would strip half of the funds away from the DEA’s Cannabis Eradication Program and put that money toward programs that “play a far more useful role in promoting the safety and economic prosperity of the American people”: domestic violence prevention and overall spending reduction efforts.

Representative Ted Lieu will be seeking to completely defund the the cannabis eradication program next year, a wise move considering the major issues facing our nation. It is time that the federal government stop wasting hard-earned tax dollars on the War on Marijuana. Not only does the immoral war waste resources, but it unnecessarily ruins lives. It is great to see Rep. Lieu and other sensible legislators chipping away at a failed war being waged against our own nonviolent citizens.