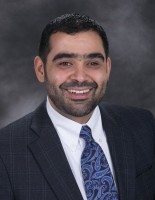 There are certainly a lot of interesting success stories in various aspects of the cannabis community. There are individual activists that have made a big difference, entrepreneurs that have used their business acumen to advance the cause and there are politicians that promote sensible marijuana policies. Rarely do you see someone encompass all of the above and rise from activist to successful business person to elected official, but Mayor Robert Jacob has managed this amazing feat.

Mayor Jacob has long advocated for safe access for California’s patients and the two non-profit medical cannabis dispensaries that he serves as executive director walk the walk as well as talk the talk. SPARC and Peace in Medicine take a holistic approach to cannabis medicine and do all that they can to ensure quality, affordable medicine for patients while continually advocating for patients rights. SPARC, located in San Francisco, was the very first dispensary certified with Patient Focused Certification by Americans for Safe Access. The Patient Focused Certification process is the first non-profit, third-party certification system based upon new quality standards set by the American Herbal Products Association and the American Herbal Pharmacopoeia.

Jacob’s historic election as Sebastopol, California’s mayor, was certainly a landmark achievement for him and the entire cannabis law reform movement. A cannabis advocate elected to political office further demonstrated the mainstreaming of the marijuana movement. As covered by The Huffington Post:

“My life has been about service,” Jacob said. “By addressing social problems such as homelessness, HIV/AIDS and access to medical cannabis, we can shape a better world for ourselves.”

His appointment was celebrated by the medical marijuana community as a sign of its growing political clout.

“This historic, unprecedented vote in Sebastopol illustrates that the medical marijuana community has political strength and the influence to elect advocates to public office,” Don Duncan, California Director with Americans for Safe Access, said in a press release from the organization.

“Be proud” is the motto of SPARC and that’s a great message for the cannabis community, still discriminated against in many areas of life, despite our recent political and cultural success stories. It is evident that Mayor Jacob takes pride in his work, in our community and SPARC even demonstrates that in their treatment of their employees, providing a living wage to all that work there.

I had the great honor of meeting Mayor Jacob at the first International Cannabis Business Conference (ICBC) in Portland, Oregon, last year, and I am looking forward to spending some time with him again on February 15-16th at the next ICBC in San Francisco. Mayor Jacob will be joining other prominent speakers on a panel about the dispensary business, providing attendees access to a wealth of information that he has gained over the years as SPARC alone has over 34,000 patient members; employs 162 employees; and generated more than $16 million in revenue in 2014.

As the cannabis activist community and industry work together to end cannabis prohibition and discriminatory practices levied against cannabis patients and consumers, Mayor Jacob is a great example of someone who lives in all of the segments of society necessary to finally create equality for all of the cannabis community. I hope that many people have the opportunity to pick the brain of the good mayor at the ICBC in San Francisco and in the future as his skill set is desperately needed in California and other states looking to legalize marijuana in 2016 and beyond.