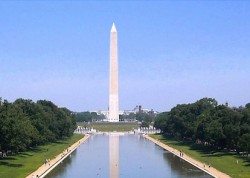 The United States’ nonsensical federal marijuana policy hit another milestone as the possession and cultivation of cannabis just became legal in our nation’s capital. Washington, D.C., first passed a medical marijuana law in 1998, joining Oregon and Washington in passing medical laws, while California was the pioneer in 1996. However, US Representative Bob Barr (R-Georgia) attached an amendment to the District’s appropriations bill that prevented the enactment of the medical marijuana law passed overwhelmingly by the people.

Congress eventually stripped the Barr Amendment from an appropriations bill that President Barack Obama signed into law in 2009, over a decade after the vote to legalize medical cannabis. While D.C.’s personal possession and cultivation law has undergone its own attacks from a misguided Republicans in Congress, fortunately, residents won’t have to wait a full decade to live under a legalized regime.

Several congressional Republicans went so far as to threaten the residents of our nation’s capital, 7 out of 10 of whom supported the legalization measure. While the push to override the will of the voters has been led by Republicans, other Republicans have stood up for states’ rights and personal liberty, including Dana Rohrabacher (who spoke at the recent International Cannabis Business Conference) and former New Mexico Governor Gary Johnson (who not only debated this issue at the Conservative Political Action Conference, but will be keynoting the Oregon Medical Marijuana Business Conference next month).  From The Washington Post:

At the Conservative Political Action Conference on Thursday just outside the district, several dozen people attended a panel on marijuana legalization, where former Gov. Gary E. Johnson of New Mexico debated Anne Marie Buerkle, the commissioner of the Consumer Product Safety Commission. While Ms. Buerkle stressed the impact of a drug she said would “stupefy our youth,” Mr. Johnson emphatically disagreed, saying the debate was akin to arguing “over whether the sun is going to come up tomorrow.” 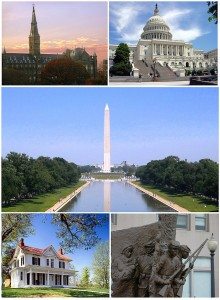 The push by congressional Republicans notwithstanding, the Justice Department has made clear that it is not interested in interfering. “The U.S. Attorney’s Office for the District of Columbia has jurisdiction,” said William Miller, a spokesman for that office. “We are following developments and have no further comment at this time.”

A few weeks after the marijuana ballot initiative passed, House Republicans placed a provision into a large federal spending bill prohibiting the city, which is overwhelmingly Democratic, from spending tax dollars to enact the initiative. But district officials argue that the marijuana law had already been enacted and certified by the Board of Elections before Congress passed the spending bill, so there was no “enacting” for the House to prevent.

Congress passed an amendment prohibiting funds from being utilized to enact marijuana legalization, but while that amendment failed to derail the legalization of personal possession and cultivation, it has successfully hindered efforts to sensibly regulate and tax marijuana in the District.

It seems unlikely that Congress can force Washington D.C. to arrest, prosecute and imprison people for personal possession and cultivation of cannabis. Of course, federal agents are always free to enforce federal law, but there aren’t many federal prosecutions of people possessing under two ounces or growing a few marijuana plants in their backyard that are merely for personal use.