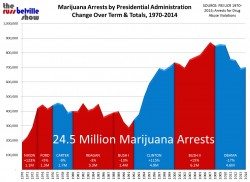 There was an increase in arrests for marijuana law violations for the first time since 2009, breaking the only four-year decrease streak in the history of the War on Drugs. Last year’s marijuana arrest total of 693,482 increased by 7,511 to 700,993, marking a marijuana arrest every 45 seconds in the United States. 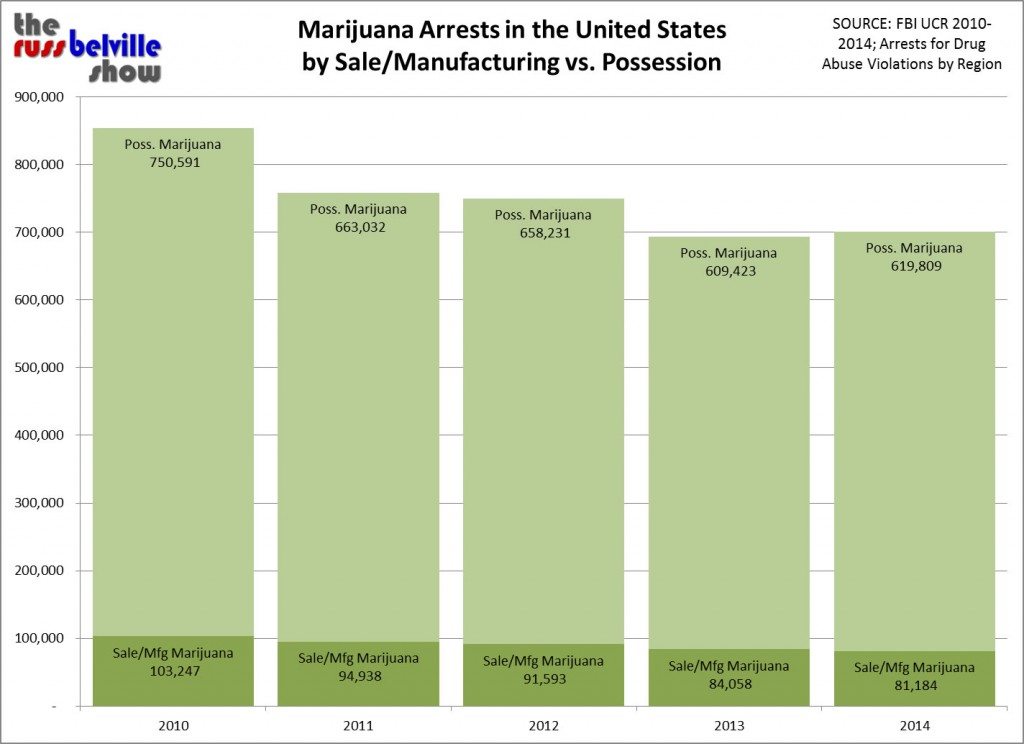 If Colorado and Washington have made demonstrably fewer marijuana arrests in 2014, the first full year of legal possession and sales in those states, it stands to reason that other states have increased their marijuana possession arrests. Are the police in the states bordering the legal states increasing their arrests, as anecdotes have suggested. Are police nationwide in non-legal states getting in their last possession arrests while they can before legalization comes to their states?

It’s impossible to pinpoint exactly where the increase in marijuana arrests comes from. Table 30 of the FBI UCR breaks down drug abuse violations by region, but its total (1,223,505) doesn’t seem to account for the nationwide total supplied by Table 29 (1,561,231). Furthermore, year-to-year comparisons of state-level data are difficult because of variance in reporting agencies and offense categorization.

However, the FBI Drug Abuse Violations table does break down the percentages of arrests by drug type and shows just how much Western marijuana law reforms have shifted priorities. 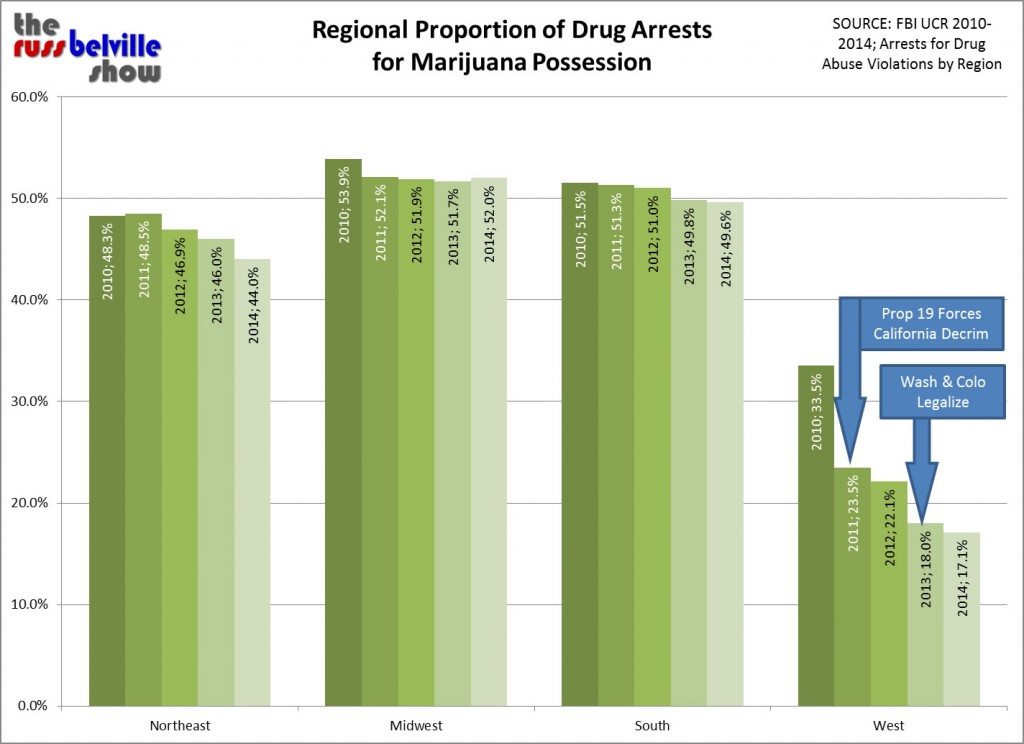 Since 2010, the proportion of all drug arrests that were for the possession of marijuana remained slightly stable in the South and Midwest; half or more of all drug arrests there were for marijuana possession. Priorities have shifted slightly in the Northeast, with marijuana possession arrests dropping from 48.3 percent to 44 percent of all arrests, perhaps owing to decriminalization passing in some New England states and a decrease in stop-and-frisk policing in New York City.

The decrease in marijuana possession focus in the Western states is phenomenal. In 2010, the West already had the lowest focus on marijuana possession nationwide at just 33.5 percent. But following the legalization proposal Proposition 19 in California, which forced then-Governor Schwarzenegger to decriminalize possession, arrests in 2011 dropped to just 23.5 percent. Now, after Colorado and Washington have outright legalized possession of marijuana, those arrests make up only 17.1 percent of all Western drug arrests, about half the proportion they were in 2010. 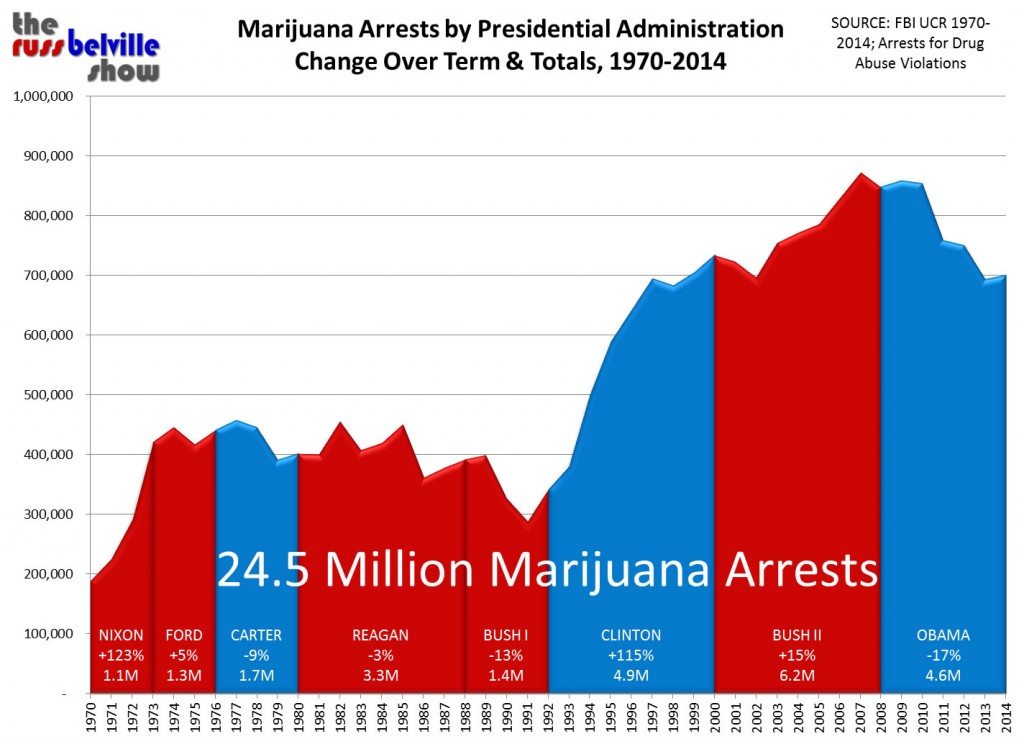