Marijuana and the 2016 Election 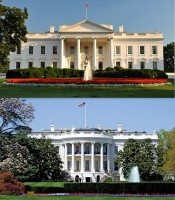 Marijuana has played an important role in the last few general elections and 2016 is shaping up to be possibly the most important election yet for cannabis law reform. We already know that a Nevada legalization proposal will be on the ballot and there is a great likelihood that California, Massachusetts, Maine and possibly a few other states will also have legalization votes of their own. Swing states such as Florida and Ohio will likely have marijuana law reform initiatives on the ballot as well. A total of four states will have cannabis commerce creating jobs and generating revenue within their states borders, not to mention legal, personal marijuana possession and cultivation in our nation’s capital.

John Hudak weighed in with “2016: Will Be the Marijuana Election” in Newsweek,

Marijuana policy will likely play a noticeable role in the general election, too. The issue has implications for states that truly matter in presidential campaigns. Recreational legalization is a reality in swing states like Colorado. Other marijuana measures may appear on ballots in which presidential candidates frequently look for votes (Florida, Maine) or campaign money (California).

In addition, medical marijuana policy—now the law in many places—means that swing state voters will be interested in what their next president will have to say on the topic.

President Obama, while far from perfect on the issue, has advanced marijuana law reform with some sensible, although cautious (or timid you mid prefer) policy choices. The next presidential administration will have to decide whether to continue upon a slow, deliberate approach or change course one way or the other. Prior marijuana usage and prospective policy has already been an issue for the Republican Party and it’s likely that Hilary Clinton (and any primary challenger that may appear) will have to answer questions about federal marijuana policies under another Democratic administration. Regardless of how the presidential election proceeds, I predict a steady, deliberate approach by our federal government towards putting an end to federal cannabis prohibition.