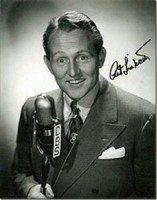 On yesterday’s episode of The Russ Belville Show, I interviewed Dr. Ed Gogek MD. He is a thirty-year addiction specialist and author of “Marijuana Debunked: A handbook for parents, pundits, and politicians who want to know the case against legalization.”

It’s rare to get a real live prohibitionist to talk about why we should keep ticketing, arresting, and imprisoning marijuana consumers. During the interview, I asked why I should be punished for my marijuana use and why I should be forced to buy marijuana from criminals. Dr. Gogek was prepared to argue about harm to teens and the addictive qualities of marijuana. He wasn’t at all prepared to discuss the actual results of legalization over the past three years in Colorado and Washington. He definitely wasn’t ready to discuss why his love of prohibition doesn’t extend to alcohol, a far more harmful substance.

But the piece of the discussion I most enjoyed was a blast from the past. Dr. Gogek conjured the ghosts of former president Richard Nixon and late TV variety host Art Linkletter to explain how many drinkers just drink alcohol to be social and for their love of the taste of it, while marijuana consumers only smoke pot to get high. Here’s how Nixon and Linkletter explained it over four decades ago:

NIXON: Well, you know, I suppose they can say that alcoholics can’t think straight, too, can’t they?

LINKLETTER:  Yeah, but they’re different [inaudible] very different. The thing with marijuana and alcohol is that when people smoke marijuana, they smoke it to get high, in every case. When most people drink, they drink to be social.

LINKLETTER: They sit down with a marijuana cigarette to get high…

NIXON: A person does not drink to get drunk.

NIXON: A person drinks to have fun.

NIXON: …you wanna get a charge…

NIXON: …you wanna get a charge, smoking this and that and the other thing.

What I love about prohibitionists making what I call The Linkletter Gambit is that it is a tacit admission that their anti-drug crusade is nothing but a culture war. To claim drinkers are being social, but the group of strangers passing a joint around a circle are not is ludicrous on its face. If you want to see how social a group of drinkers really are, replace all the beer with O’Doul’s (non-alcoholic beer) and replace all the wine with grape juice, and see just how social that party becomes.

The fact is that many experienced cannabis consumers partake of marijuana at many different levels for many different reasons. While a can of beer, a glass of wine, or a shot of whiskey will each get you equally drunk, smoking an indica, a sativa, or a hybrid can have vastly different effects. With the instantaneous onset of inhaled cannabinoids, marijuana consumers actually have a better means of adjusting their dosage to match their activity level., whether it be a huge bongload of indica to relax muscles after a long workday or a small puff of sativa to prime the creative juices before writing this article.

I asked Dr. Gogek why all his arguments for ticketing, rehabbing, arresting, and imprisoning marijuana consumers and cannabis growers isn’t a better argument for re-prohibiting alcohol and banning tobacco. Dr. Gogek said he’s all for criminal bans on tobacco, but rationalized not prohibiting alcohol because drinking has been a part of all cultures for thousands of years and is only legal “by accident”.