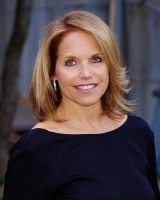 The mainstream coverage of marijuana has certainly improved over the years. As many know, when cannabis was first prohibited, the media sensationalized the marijuana menace by utilizing Reefer Madness propaganda. Mainstream coverage, while not rising to the levels of the Reefer Madness was relatively terrible just a few years ago. Major news outlets would put quotes around the word “medical”, disparaging patients that utilized cannabis for their debilitating medical conditions. Now, some of those same publications endorse legalization.

A big turning point seemed to be Dr. Sanjay Gupta apologizing for his past opposition to marijuana legalization, becoming a major supporter in medical cannabis. Then, The New York Times endorsed marijuana legalization, providing cover for other mainstream outlets and just adding to the momentum for reform that is sweeping the nation. Not that long ago, I know that many, if not most, marijuana law reformers would have cringed at the thought of a headline that reads “Katie Couric Explains the Status of Marijuana Legalization” but the former network news anchor does a fair job reporting on the issue over at Yahoo News:

Sometimes it is hard to differentiate whether the public is moving the media or whether the media is influencing the public, but I think in this case that the people were ahead of the news outlets at first, especially regarding medical cannabis. However, once news outlets starting endorsing legalization and providing fair and balanced reporting on marijuana, that non-sensationalized coverage has helped move a lot of swing voters. When you weigh the pros and cons of marijuana legalization, especially in relation to more dangerous illicit drugs or even legal substances like alcohol and tobacco, the marijuana movement doesn’t need any propaganda in its favor. We only need the truth and if Katie Couric is any indication of the future of the media’s coverage of marijuana, the momentum for reform will only increase.