In Defense of White Guys and Marijuana Legalization 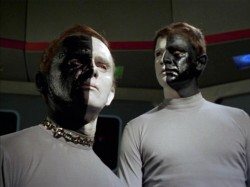 There has been a complaint I’ve read lately that I believe originated with the estimable Michelle Alexander and her book “The New Jim Crow”, but I’m reading it echoed elsewhere. The complaint, in one form or another, is that African-Americans (and Hispanics) bore the brunt of marijuana prohibition, and when they were marijuana entrepreneurs, they got locked up. But now that marijuana is legal in some states, the vast majority of marijuana entrepreneurs are Caucasians.

In other words, black guys did the marijuana time, but white guys get to be marijuana rich. (I hope you’ll understand and not take offense if I use the shorthand “black” and “white” from this point on.)

There can be no doubt that black folks are disproportionately the victims of marijuana prohibition. Nationwide, it’s something like a four-times-greater chance to be arrested for weed if you’re black than if you’re white. It can be even worse in certain states and counties. So I don’t deny the first part of the equation; certainly, black guys did the marijuana time.

But I object to the notion that the marijuana industry as it unfolds in Colorado and Washington, and soon in Oregon and Alaska, is racist against black people per se. Keep in mind that those four states are among the 20 least-black states by population (Oregon 2%, Washington <4%, Colorado and Alaska <5%, US Average = 12.6%), so it’s not surprising their marijuana businesses are white. Only one aspect of new marijuana legalization is directly racist, and that’s the proscriptions against former marijuana felons entering the industry. It’s not fair to prevent the guys busted for illegal grows and sales from participating in legal ones when we’ve been busting the black illegal growers and sellers at a greater rate than the white illegal growers and sellers.

Felony proscriptions notwithstanding, however, there is nothing about the industry itself that is preventing black investors and entrepreneurs from getting involved in the new green rush. Yes, the obstacles from our overall legacy of racism do exist, from the lack of black personal wealth borne of real-estate redlining to fewer business, educational, and loan opportunities, and so forth, but these can’t be pinned on the marijuana industry any more than any other industry. The racism that forestalls black success in marijuana is endemic of our capitalist structure in America, period, not something racist about marijuana legalization.

You can see it in the statistics, too – white males generally support marijuana legalization in greater numbers than females or minorities. You see it on the boards of the national and local drug reform organizations. For the years I worked at NORML, we were always struck by the conundrum that blacks were four times more likely to be arrested, but, seemingly, forty times as unlikely to do anything about it.

I generally got two answers to that conundrum. One was that “diversity attracts diversity” – get some black folks involved and more black folks will want to be involved. When black folks see nothing but white faces, they don’t want to get involved, I was told. Great, so how does a group of white faces get that first black face to join up and attract more black faces? It’s not like we weren’t trumpeting the inherent racism of marijuana prohibition every chance we got.

Then I’d get the other answer, which was that “blacks already are targeted” – the idea that if you’re a black person already profiled and harassed simply for who you are, you don’t want to add to that by declaring yourself a drug legalizer. True enough, I suppose, but then doesn’t that add up to more respect for the white guys who “came out of the closet” and made themselves targets of profiling and harassment for marijuana use, when being quiet about it would have maintained their white privilege and kept them much safer?

Furthermore, what kind of argument is that in the context of the fight for black civil rights? Blacks were already much more targeted, for everything, in the Jim Crow era. But when it was the right to a bus seat, a lunch counter, and the voting booth, it was Martin Luther King, Jr. leading black people to fight for their rights, making themselves an even greater target, and eventually attracting sympathetic white people and changing the laws. But the right to smoke a joint? It was Keith Stroup and a bunch of white folks making themselves into a target that nobody ever would have pinned on them otherwise, and it was black leaders mobilizing against legalization. It took until 2011 for the NAACP to even consider that legalizing marijuana was a racial justice issue… 2011!

I applaud all efforts to increase minority involvement in the marijuana industry, short of some affirmative action where we start awarding licenses and contracts disproportionately to non-white people. Already, we see Snoop Dogg, B-Real, and the Marley Family getting involved in the industry, but besides musicians with a weed-themed oeuvre, where are the black investors?  Black venture capital money spends just as well as Brendan Kennedy’s, Justin Hartfield’s, and Jamen Shively’s, doesn’t it?

How much of the lack of black entrepreneurship in the marijuana industry owes to mainstream black culture’s disdain for marijuana? I guess we could argue that white society over-criminalized weed in black neighborhoods, leading to crime and violence, leading weed to be associated with it, leading black churches and leaders to being anti-weed, leading black people away from investing in it. If so, what more could white guys have done to change that cycle than legalizing weed in all neighborhoods?