Hemp Vs. Cannabis Battle in Oregon 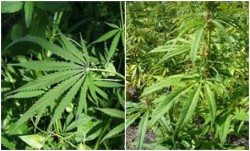 The political efforts to legalize marijuana and hemp have gone hand in hand over the years, but now that legalization of industrial hemp and cannabis is a reality, a schism has developed in Oregon. Southern Oregon, known for its great cannabis-growing climate, is ground zero for the battle as medical cannabis growers are concerned about cross-pollination from industrial hemp. The Oregon Department of Agriculture has issued 13 industrial hemp licenses thus far and cannabis cultivators are asking the state to rescind those licenses through an amendment that has been proposed in the Oregon Rules Committee. From the Register Guard:

The amendment “is designed to kill this industry,” said Mark Gatlin, a Grants Pass city councilor at a brief hearing on Wednesday.

After receiving his license earlier this year, Cliff Thomason planted hemp on 43 acres near Williams in Josephine County last month. His main goal is to produce hemp for medical purposes, as a nonpsychoactive alternative to medical marijuana, he said.

Thomason said he can’t understand why lawmakers are proposing such a heavy-handed approach.

“I’ve been waiting eight years (to grow hemp), and now they’re already trying to shut me down,” he said. Lawmakers “are trying to give preference to medical marijuana over hemp on what is notoriously some of the best farmland for cannabis.”

This is a serious issue that has split natural allies. It is easy for me to consider the plight of both sides of the argument. Hemp has so many uses and Oregon can help lead the nation in a sustainable, environmentally-friendly crop. However, Oregon’s medical cannabis fields supply the state’s patients and will be the foundation for the state’s upcoming legalization system. I hope that there is a compromise based upon science and that cooler heads will prevail. Now that legalization is a reality, it is time for Oregon to lead the way in both hemp and cannabis production in a way that sufficiently addresses the concerns of all involved.