Help convince Deschutes County Commissioners to respect the will of the voters who passed Measure 91. 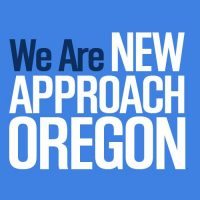 As we previously mentioned, Deschutes County Commissioners are deciding whether to implement regulations for cannabis businesses – or force voters into a costly and divisive ballot measure fight through an “opt out” referral. Your voices are being heard and are making a HUGE difference already. County commissioners have received numerous emails and heard four hours of public testimony. Tomorrow, they will start deliberating on whether to implement sensible rules, creating jobs, generating revenue and fulfilling the will of voters or subvert Measure 91, hurt small businesses and push patients and consumers into the illicit, unregulated market.

Supporters of the proposed rules said the marijuana industry will bring economic benefits and tax revenue to the region.

“These are living wage jobs,” said Jones. “Potentially lifelong careers, and will come with all of the perks and benefits of any other industry. It is clear that if the committee chooses to opt out, then it is opting out on jobs.”

County commissioners will deliberate over the proposed regulations this week, but may not immediately issue a decision about the proposed rules.

No matter where you live, please tell the Deschutes Board of County Commissioners to implement responsible cannabis business regulations now. Send an e-mail to board@deschutes.org and remind them that:

Please help the local businesses, patients and consumers that live in Deschutes County. By a more than 2 to 1 margin, voters want Deschutes County Commissioners to respect the will of the voters and implement rules and regulations. Email the commissioners and continue to make the voices of voters, consumers and patients heard loud and clear!

P.S. Over the coming days, weeks and months, will be sending out notices for other cities and counties facing bans as well as supporting candidates that are working towards sensible cannabis. If you are able, please make a donation and support us as we continue to work towards marijuana policies that work for all Oregonians.