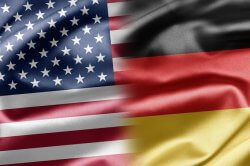 Marlene Mortler, the Drug Czar of Germany, sounds like she has taken a cue from the garbled logic of US Drug Enforcement Administration and Kevin Sabet of Smart Approaches to Marijuana, a man I think of as the Arch Nemesis of Cannabis. (Or perhaps “The Anti-Cannabist”?) In any case, Mortler has been engaging in familiar rhetoric related to untold dangers to children who suffer from cannabis exposure and fabricated stories of cannabis tainted with poison. After all, cannabis is much stronger than it was a few decades ago so….OOGA BOOGA BOOGA! Be scared!

Mortler cried foul on the cannabis movement in her recent report on the state of German drug policy. Like Sabet, Mortler claims there is big money for cannabis, bigger even than alcohol or tobacco. And she seems a little upset with all the online activists undermining the war on cannabis – particularly activists from the United States.

“When it comes to cannabis, Mortler is convinced that the plant’s increasing popularity is the direct result of activism and lobbying efforts. She has continuously declined opportunities to speak with cannabis activists — the “Hemp-Lobby” as she put it — ignoring any possibility of a direct exchange of factual arguments. No interviews, meetings, panels, not even a Skype-dialogue has occurred since she took the role of Drug Czar in 2013. Mortler does not talk to or with her drug policy opponents or cannabis consumers; instead, she talks about them.

“In 2016, Mortler complained that Germany’s cannabis users had started a kind of digital war against her. Activists had launched “Mortler off” T-shirts, published a related Facebook page, and promoted a petition for her withdrawal on Change.org. But the CSU leader is hardly diplomatic when it comes to cannabis. She once advised the well-known German rapper Thomas D. on Facebook not to publicize his opposing opinions on cannabis, acerbically asking whether the highly reputed artist ‘if he had smoked too much.’

“…In Mortler’s criticism of the U.S. cannabis lobby and the situation in Colorado, the staunch cannabis opponent skates on thin ice when asserting that the consumption among young people has surged in Colorado since the state regulated cannabis. The source of her ignorance stems from the questionable figures of the “Rocky Mountain High Intensity Drug Trafficking Area” (RMHIDTA). The report does not address the Colorado Ministry of Health’s official report on the effects of legalization. In contrast to the RMHIDTA’s alleged report of increased cannabis use among adolescents, the state’s Health Department released a study in June, finding that cannabis use among teens has not increased since legalization and remains in line with the national average.”

I must admit, it gives me great joy to see the weakening of prohibition laws which do nothing to help the people they are meant to protect. I would like to say kudos to the cannabis community for helping us to tear down that wall, so to speak, and encourage all to continue the fight for justice, which includes an above-ground, regulated, and business-friendly cannabis market.

I hope some of you will join me next spring for our second German event at the International Cannabis Business Conference (ICBC) in Berlin, April 12-13, 2018. If you can’t make Germany, ICBC will still be covering many important topics in Kauai, Hawaii on December 1-3, 2017, and in San Francisco, California, February 1-2, 2018.