FREEDOM! Jeff Mizanskey Out of Prison After Life Sentence for Marijuana 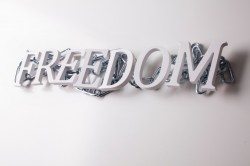 I shed happy tears when I first heard that Jeff Mizanskey got paroled and I was happy to have more tears of joy when I saw my Facebook feed full of photos of Jeff surrounded by friends, family and cannabis law reform advocates. It is amazing how a rallying cry to #FreeJeff turned into the celebratory #WeFreedJeffMizanskey!

Thanks to Jeff’s family, sympathetic politicians and the amazing activists at Show-Me Cannabis, Mid-Missouri NORML and others across the country, not only is Jeff a free man today, but Missouri changed its laws to ensure that no nonviolent marijuana offender would suffer the same cruel fate of a life sentence without the possibility of parole for such nonviolent offenses. Show-Me Cannabis is leading the way to end marijuana prohibition in the Show-Me State and you can help them pass legalization in the very important bellwether state by donating to their fight for freedom.

As NBC reports, Jeff was the only Missouri prisoner serving such a life sentence and other states are looking to pass similar Drug War reforms:

Mizanskey was the only Missouri inmate serving such a sentence for a nonviolent marijuana-related offense when Democratic Gov. Jay Nixon agreed in May to commute his sentence. Nixon’s action allowed Mizanskey to argue for his freedom.

Nixon cited Mizanskey’s nonviolent record, noting that none of his offenses involved selling drugs to children. The law under which he was originally sentenced has since been changed.

In Connecticut, a new law will make possession of small amounts of hard drugs, including heroin, cocaine and crack cocaine, a misdemeanor for a first-time offense, rather than allowing for the current maximum seven-year prison sentence. Nebraska and Alabama expect to save hundreds of millions of dollars by cutting down on the number of offenders locked up for possessing small amounts of drugs under new laws.

Here in Oregon, after passing marijuana legalization, New Approach Oregon helped successfully improve criminal marijuana laws even further and pass an expungement provision that was the model for federal legislation introduced by Congressman Earl Blumenauer and. Hopefully, other states will follow suit. While we are pleased with our progress and victories, we are determined to pass even further Drug War reforms as we look to successful policies implemented in places such as Portugal.

I can only imagine more than two decades behind bars, not able to be at important family events, all because of marijuana prohibition. I can only hope that Jeff understands the inspiration that he has given to activists across the nation to work even harder to legalize marijuana and end the greater Drug War. Too many lives have already been lost and ruined by a harmful and failed war that we are waging upon our own citizens. And make no mistake, anyone can fall victim in the war, even those 100% innocent. I know that every Drug War horror story motivates me even more to fight for freedom and the happy pictures of Jeff and his supporters make me want to see similar pictures for the many nonviolent people unjustly incarcerated by this unjust war. You can help Jeff Mizanskey by donating to his “Coming Home” fund here.