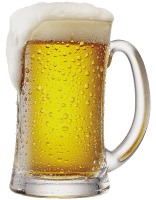 It never ceases to amaze me the blind spot the public has in understanding that drinking alcohol is “doing drugs”.

Understandable, as our society frames it as something different than drugs. “Drugs and alcohol”, they say. “Clean and sober” if you’ve given up both. “High or drunk” if you have not. “Overdosed or hungover” if you used too much. “Addict or alcoholic” if you can’t handle it.

The anti-pot crusaders are the worst. They will with a straight face intone the dangers to the freeways, the workplace, and the children if marijuana is allowed, but are mute on those far greater dangers posed by alcohol.

They’ll divert that point, if you call them on it, by saying that alcohol has been accepted by culture for thousands of years, it’s too late now, and if we discovered alcohol today, of course we’d ban it.

Oh. So it is a culture war. And they admit they can’t beat the majority culture that kills thousands, so they pick on the minority culture they think they can control, even though it kills none.

I’m sitting on a train right now, doing drugs. There is a kid in the seat in front of me. Numerous passengers have walked through with open containers of drugs, even doing the drugs as they walk through the train.

When I get off the train, there will be at least three places where I can buy drugs and use them. One might even serve me drugs on an outdoor patio with children about.

Then, later, I might choose to drive to building whose only purpose is to serve drugs while people enjoy entertainment. In fact, the ones with comedy require that, at minimum, I take drugs twice while there.

I’m driving because these drug buildings have parking lots, and there is no valet there to take my keys and drug test me before he gives them back. I am trusted to go to this building to do drugs and not operate my car if I am too impaired by the drugs.

That said, there is a legal threshold of drug effect below which I am not presumed to be too high to drive the car.

Then, when I get home, there will be numerous TV ads for drugs featuring bikini models, rock music, and flashy graphics. And that’s not counting the ads for all the other drugs I can get if I “ask my doctor” if they are right for me.

Sports are rife with these drugs endorsements, to the point of even naming some of their stadiums after drugs.

The public places where I can do drugs is a long list – airports, airplanes, theaters, golf courses, parks, festivals, even places where children are rampant, so long as we mark off an area for using drugs with plastic tape and require everyone doing drugs to show ID to get a paper wristband.

This is why I get so bent when they ask, “why add add a third legal drug?” What, we decided we were going to be a culture that accepted drugs, but we set the number at two and only let the two most harmful ones in?

To me, I see a culture swimming in drugs, all too eager to promote drugs, that wants to discriminate against me because my drug isn’t as popular and doesn’t make profits for a drug company.